© The Associated Press Sniffer dogs and their handlers pose for an official group photo during a retirement ceremony for the dogs, i...

Fourteen police dogs have been given medals and diplomas in an emotional ceremony in Colombia as they were retired after years of service sniffing out drugs, bombs and bodies.

Some of the group of aging German shepherds, pit bulls and golden retrievers were treated to special scented baths on Friday before they were retired by the Chief Prosecutor's Office in an auditorium in the capital, Bogota.

Among the retired dogs was "Canela," a 12-year-old Labrador who helped investigators undercover 65 mass graves containing the victims of paramilitary violence, and "Negra" a pit bull mutt who helped detect several tons of cocaine in her eight-year career.

Officials plan to put the dogs up for adoption, placing them with families that will help them to live out their retirement years in peace. 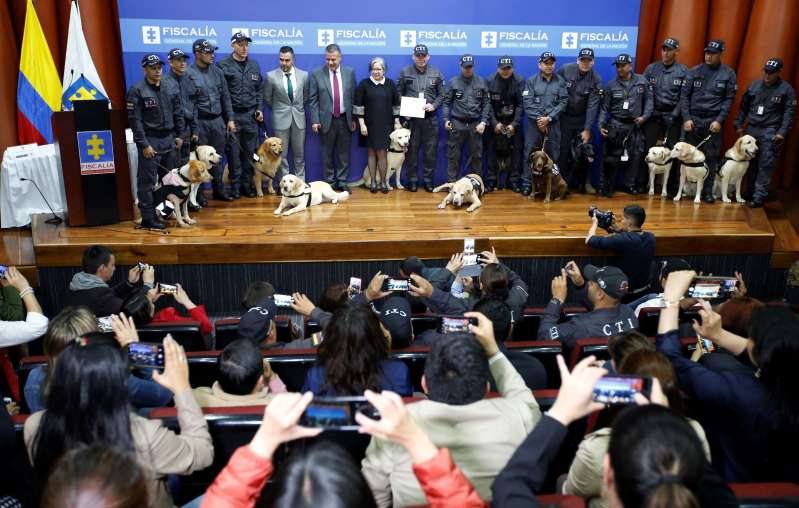