© Provided by Hearst Television, Inc. WLKY Louisville There was a scary moment on bus 1225 when the driver suffered a life-th...

There was a scary moment on bus 1225 when the driver suffered a life-threatening medical emergency. On Aniyah Goldsberry and Shikita Scott's ride to school Friday, something went terribly wrong.

"First, I was thinking, this is not normal at all for her to swerve over," said Scott.

Their driver, Ms. Denise, said she hadn't been feeling well that week, but thought she could make it through her shift.

"I continued to get on the expressway, then I noticed that my vision began to get blurry.I started seeing six lanes instead of three on the Waterson," said Denise.

Realizing she couldn't continue driving, she pulled over to the side of the road. Denise doesn't remember what happened next, but four courageous Seneca High School students jumped into action, and she credits them for saving her life.

"It happened so fast. So, everyone was like calling the police," said Scott.

Scott is the one who lifted Denise out of her seat, and, following prompts from the 911 operator,put her on her side and made sure she didn't swallow her tongue.

"I was thinking, I was like, 'Oh my gosh is this a dream, because I didn't want to actually be there,'" said Goldsberry.

A total of four female students jumped into action that day, and their courage may have saved Denise's life. She has been cleared to go back to work next Monday. 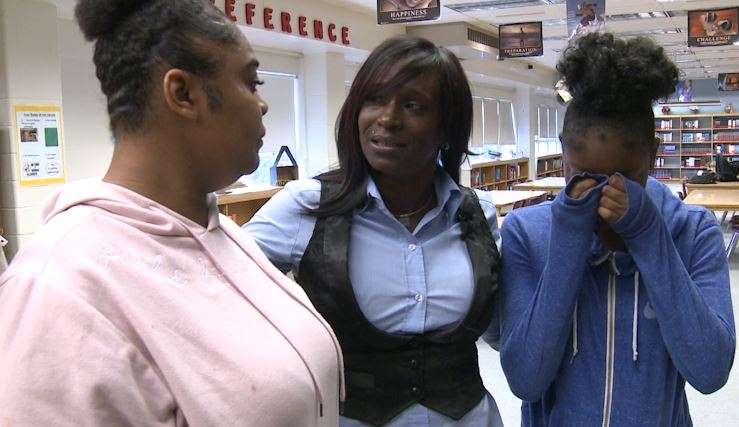