© Mark Mirko/Hartford Courant/TNS Will Restall, a sixth-grade student at Tolland Middle School, is credited with helping a stricken ...

To say that Will Restall is a reluctant hero is an understatement.

But that's the tag people are hanging on the Tolland Middle School student since his actions helped get his injured bus driver quick medical treatment.

Will, 11, almost missed the school bus that morning and was seated in the 6th row from the front of the bus since he's low on the middle school totem pole and the upperclassmen get the back and middle of the bus.

Like pretty much every other student on the bus, Will had his attention focused on his cell phone playing a video game as he waited the 10 minutes or so to be allowed off the parked bus and go into the school.

But then he heard a loud noise and looked up to see that the bus driver was no longer in the driver's seat; she was slumped in the stairwell of the entrance of the bus, apparently having passed out.

Will left his aisle seat on the door side of the bus, grabbed the two-way radio and reported several times that the driver was hurt. The radios are on each bus and Will's friends could hear him reporting the emergency several times before another bus driver and an ambulance arrived to help, Will said. When they got there the bus driver was awake and sitting up but not speaking, he said.

"I grabbed the walkie-talkie," Will said, adding that he did so because of bus safety training he received last year in the 5th-grade.

And then Will and everyone else on the bus went to class.

Later in the day, the principal, Mary E. Grande, called Will's mother, Tara Restall and the parents of other students on the bus to let them know what happened.

"She called him a hero," Tara Restall said. "He's 11 and doesn't understand, but everyone is proud of him."

Tara Restall added that things could have turned out differently if her son hadn't caught the bus at the last second or had his head phones with him that would have prevented him from hearing the noise that caught his attention.

Jen Biddinger of the bus company, First Student, said the bus driver is "at home resting and recovering and she is going to be OK. We're thankful the student was able to help."

The driver had reported to dispatchers that she wasn't feeling well after she parked in front of the school, Biddinger said. When dispatchers tried to reach her on the two-way radio, she didn't answer, she said.

"No one responded," she said.

They then heard the boy's voice reporting what had happened and summoned help.

Biddinger said First Student bus drivers talk to students about the importance of the two-way radio each year.

Asked if he would have done anything different without the training, Will said no.

As for his "hero" status, which includes several television news appearances, Will has expressed a reluctance to be in the limelight.

"I had to bribe him," said his father, Tim Restall, president of the Hartford Yard Goats minor league baseball team.

And what was the reward? 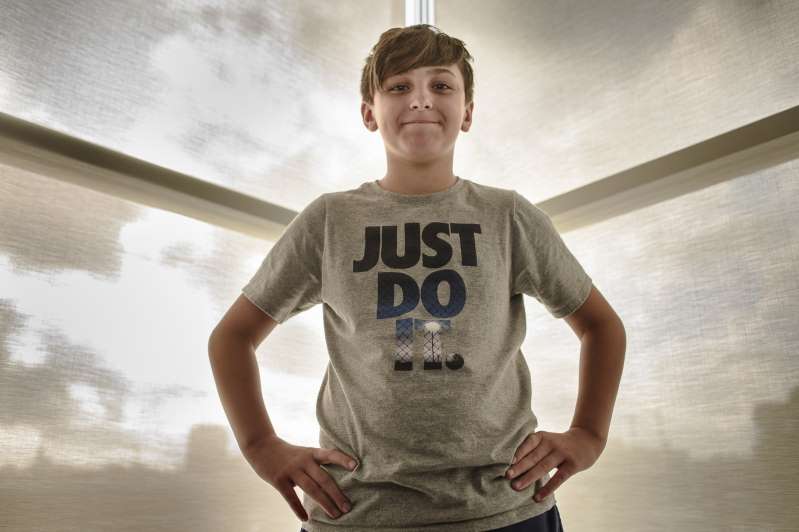