17-year-old cadet had never been a passenger. Now she's a pilot

Duncan Polytechnical School senior Angela Xiong was a pilot before she was ever a passenger.

The Air Force Junior Reserve Officer Training Corps cadet had been flying for the Civilian Air Patrol in Fresno before she got on the plane to Kansas State University to attend pilot school, made possible by a new Flight Academy scholarship.

She felt confident being behind the controls for the first time on her own - except when it came to landing.

"I know I struggled solo to land, so landing on my own for the first time was the greatest feeling," Xiong said.

After a summer of training, plus 55-60 hours in the air, the 17-year-old earned her private pilot license. She's now able to fly private aircraft and she said she'd like to use her new skills to one day fly for a medic, aiding in rescue operations or emergency situations.

"Flying by myself and actually doing radio calls by myself and everything, I felt like I accomplished what I was supposed to do," Xiong said.

She said she encourages other students to apply to the program: "I wasn't sure if I wanted to be a pilot, but I just tried, and I got it, and now I highly recommend it."

Xiong was one of 120 cadets selected for the Flight Academy scholarship, a program established this year to address a nationwide shortage of both civilian and military pilots. The Air Force estimates that it is 1,500 pilots short of fulfilling its requirements, with many leaving due to quality of life issues and the possibility of better pay at commercial jobs, according to spokeswoman Major Malinda Singleton.

The JROTC scholarship is intended to "help fill those voids down the road," according to a news release from the Air Force.

Singleton said a private pilot license, and all the training that comes before it, is often a prerequisite to a either a civilian or military pilot career.

"Becoming a pilot is expensive. But if you talk to our cadets, 90 percent of them would love to become pilots," Singleton said. "With this scholarship, a lot of that training is paid for." 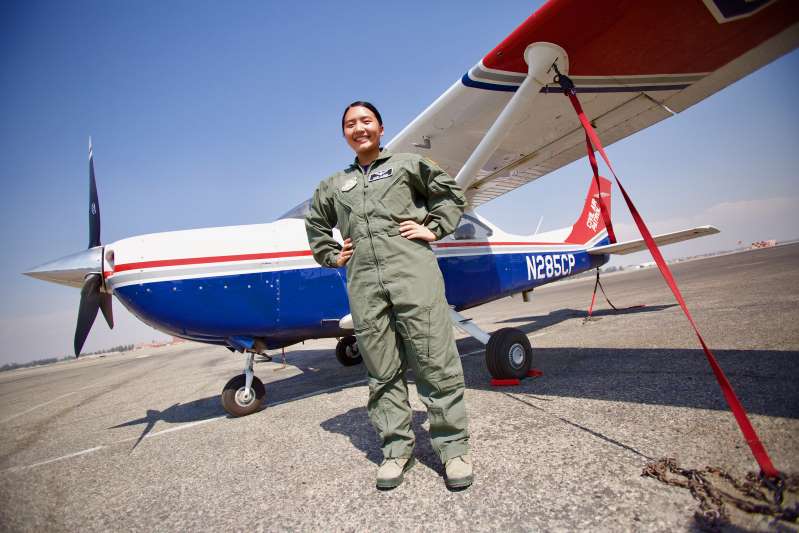