The Dairy Farmers of Wisconsin broke a Guinness World Record for the world's largest cheeseboard in Madison. Photo courtesy of Da...

The Dairy Farmers of Wisconsin assembled a cheese board with a 4,437-pound spread to break a Guinness World Record.

The group announced Guinness World Records has officially recognized the record for the world's largest cheeseboard after the dairy farmers covered the custom-made board, measuring 35 feet long and 7 feet wide, with 4,437 pounds of cheese in 145 different varieties.

The event, which took over an entire street in Madison, included a visit from a Guinness adjudicator who certified that the cheese board was more than 1,000 pounds larger than the previous record-holder, which was assembled in Europe.

Some of the cheese was served to spectators, while some wheels were auctioned for charity and the rest were donated to the Second Harvest Foodbank of Southern Wisconsin. 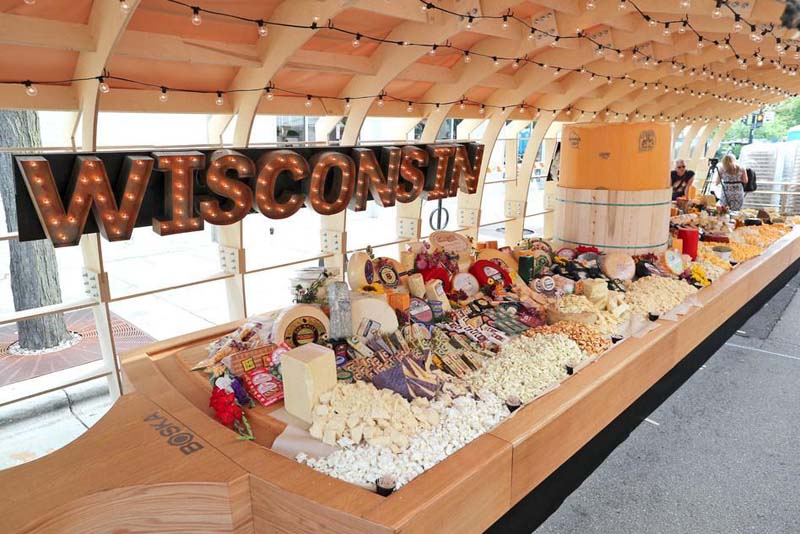