Virginia Wildlife Center Releases Majestic Bald Eagle After Rehabilitation Inside Edition Staff A bald eagle that was found b...

A bald eagle that was found badly injured at the side of a Virginia road earlier this year has been released back into the wild.

The folks at the Wildlife Center of Virginia gave the majestic creature the tender loving care it needed over the last five months and last week all that work paid off.

[post_ads]People of all ages gathered in Albemarle County to watch the healed bird soar once more.

Ed Clark, co-founder and president of the center, called the eagle's progress nothing short of a miracle.

"When she came in she was badly, badly beaten up," he said. "But she's a tough bird, and a strong bird."

The eagle had no trouble taking flight upon release into the 525-acre Walnut Creek Park.

It joins a record number of bald eagles in the state of Virginia where, like in the rest of the U.S., America's living symbol has been ushered from the brink of extinction thanks to widespread conservation efforts. 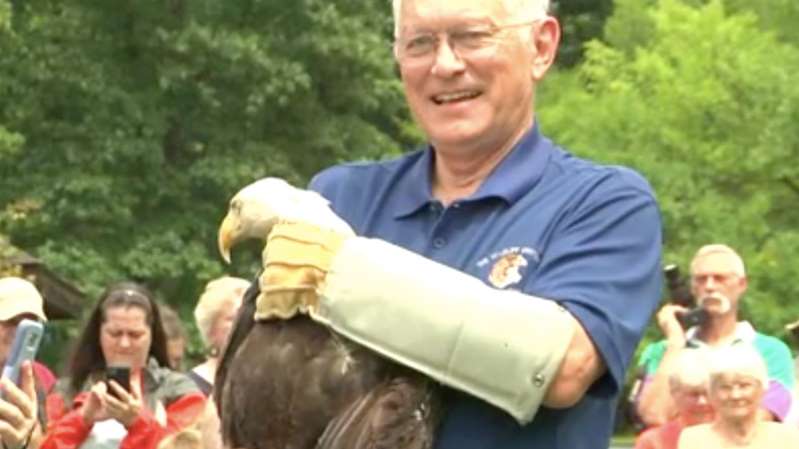