University honors students who found love in elevator in ’72

Sharyn Rubin and Eric Schlesinger briefly met on move-in day on Sept. 6, 1972, while she was moving in and he was operating a dorm building elevator. The Philadelphia Inquirer reports Rubin formally introduced herself a few days later at a college mixer, walking up to Schlesinger and saying, “Hi, Mr. Elevator Man.”

The quote is now affixed to the elevator, which will be named for Shari Rubin Schlesinger on Friday.

She died last year from colon cancer. She and her Elevator Man had been married for more than 42 years.

Eric Schlesinger says meeting his future wife in the elevator was “the most important thing” that happened to him at Temple.

Information from: The Philadelphia Inquirer, http://www.inquirer.com 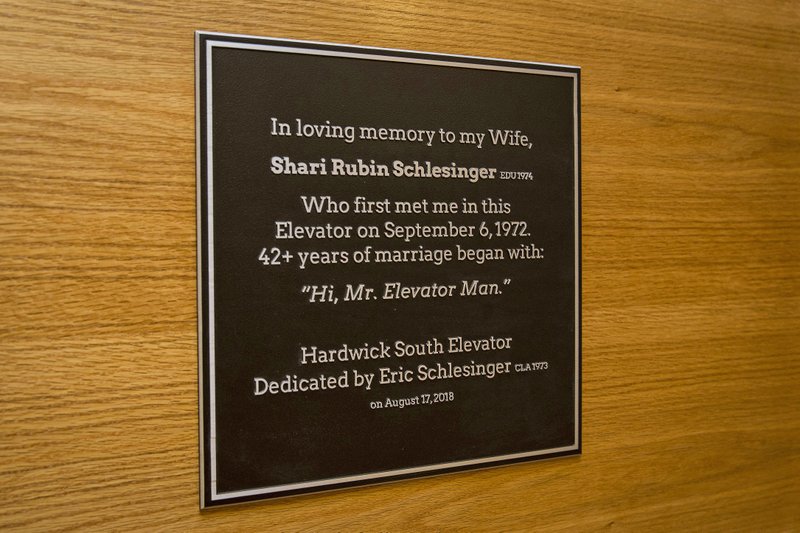