Teacher breaks record by rowing Atlantic in under 40 days

By Ben Hooper , UPI An Ohio teacher broke a world record when he rowed across the Atlantic Ocean, from Canada to England, in under 40 d... 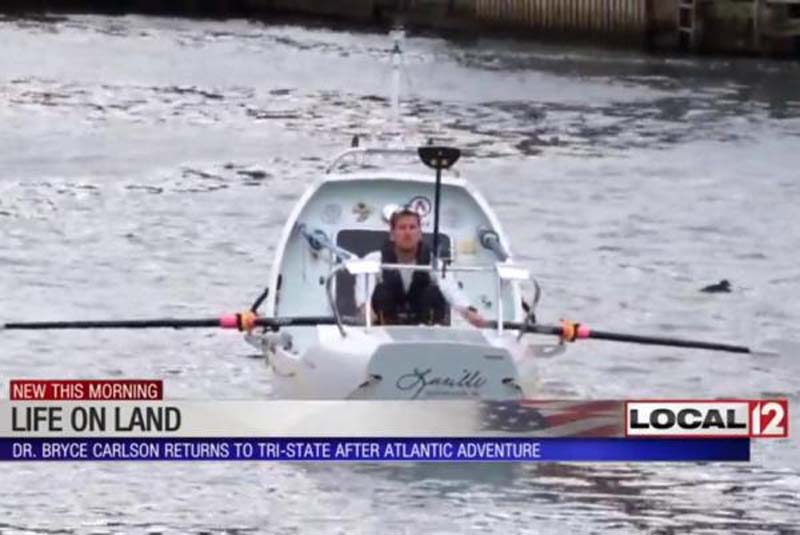 An Ohio teacher broke a world record when he rowed across the Atlantic Ocean, from Canada to England, in under 40 days.

Bryce Carlson, 37, a Cincinnati high school teacher, said the official time for his some-2,000 mile rowing trip from Newfoundland to St. Mary's, in England's Isles of Scilly, was 38 days, 6 hours and 49 minutes, beating the previous speed record of 53 days an Atlantic Ocean rowing trip.

[post_ads]"The biggest challenge is to continue making a steady, consistent, fastest progress toward your goal as you can while entertaining yourself," Carlson told WXMI-TV. "I broke the day into 30 minute chunks."

He said the trip was not without its hardships.

"I capsized about a dozen times, give or take. All occurred while I was inside the cabin, most while I was awake," Carlson told the Cincinnati Enquirer.

"I was never truly injured, but I did bruise my tailbone pretty badly during one capsize that left me in quite a bit of pain for a couple days," he said.

Carson, who said he lost 10-15 pounds during his journey, said he has no intentions of attempting to repeat the feat.