Spouses are Passé, Marrying Yourself is the Latest Relationship Trend

'Sologamy', as the act of marrying oneself is sometimes referred to, is not a recognized form of legal union in Australia, but is se...

'Sologamy', as the act of marrying oneself is sometimes referred to, is not a recognized form of legal union in Australia, but is seen as a symbolic union of a person with themselves. 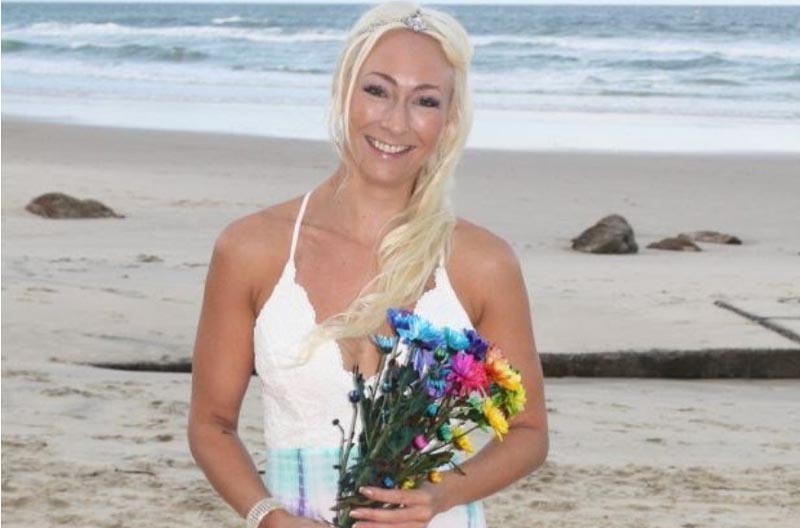 Dying single is one of the biggest fears most people have. But a woman in Australia may just have found a cure for the malady.

Linda Doktar, an Australian wellness expert, entrepreneur, and social media influencer defied tradition and got married – to herself!

In a private beachside ceremony in February last year, the 33-year-old married herself with two other friends as witnesses.

She wore a tie-dye gown and said her vows into a mirror.


In an Instagram post after the wedding, Linda wrote that the wedding was an expression of self-love. “So grateful to have experienced the most powerful ritual of self-love known to human-kind,” she wrote. 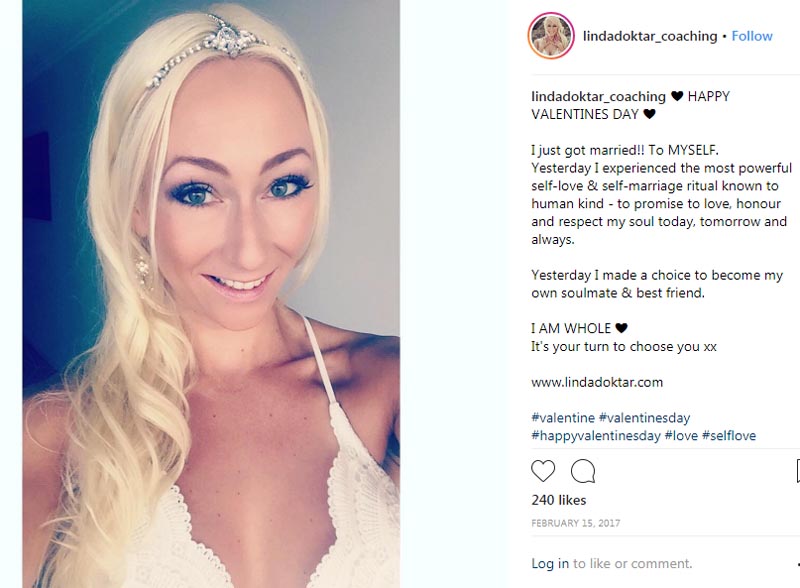 Officiated by self-proclaimed 'love-coach' EJ Love, it became one of many such weddings that have taken place in the last couple of years.

While the idea of marrying your own self has existed for a while now, EJ Love who officiated over Linda's wedding is often credited with the self-marriage trend.

In 2017, Love, a former sex-worker turned relationship councilor made headlines when she married herself in a private ceremony, an event which went viral on social media.
[post_ads_2]
While many have dismissed the trend of marrying self as a desperate cry for help, those like Linda and EJ believe that the lack of self-love is the reason why many people fail to find love.

Love, who decided to marry herself after a string of bad relationships, also dismissed those who slammed self-weddings as a way to shut oneself off from future romantic relationships.

“Please know that this ceremony is not done instead of being with someone, or because the person doesn’t want to be with someone in the future,” she wrote on her Facebook page.


'Sologamy', defined as the act of marrying oneself is sometimes referred to, is not a recognized form of legal union in Australia, but is seen as a symbolic union of a person with themselves.

In 2017, Love helped almost 200 people get married to themselves.
[post_ads_2]
In fact, marrying self has grown as a popular business venture too with many websites such as 'Imarriedme.com' that give out tips and support to women looking to marry themselves. The website also offers a 'I married ME' box kit which apparently contains all the things a woman may need to marry herself.

In 2017, the Italian Laura Mesi married herself in a grand €10,000 ceremony, replete with a wedding cake. The only difference? Instead of a couple, the cake-top had the figurine of just a bride in white.

Writer and sologamist Sophie Tanner, who married herself way back in 2015, told Telegraph.uk that the idea came to her when she was recuperating after a flu and a bad relationship. According to the author, everyone always celebrated people marrying others or 'finding' someone for themselves but nobody celebrated personal struggles, overcoming unhappiness and challenges in oneself and finally accepting oneself at a personal level.

Modern relationships are complicated and divorce rates in most developed countries have been inching higher over the past decade. With rising numbers of unsatisfying relationships, many, especially women, have started viewing sologamy as a viable addition or even alternative to modern relationships. Love is love after all, albeit love for self.