Slithering surprise found under hood of SUV in Wisconsin

A Wisconsin motorist was having car trouble when he pulled over to find a slithering surprise.

Chris Nguyen opened the hood of his mother’s SUV. Inside, he found a 4-foot-long ball python.

Police in Omro responded. They tried to wriggle the snake free and called Menasha snake rescuer Steve Keller for help.

WLUK-TV reports it took hours to free the snake, which had wrapped itself around the engine.
The snake’s owner said it had been missing for more than a month. It’s illegal to have such a snake in Omro, so the owner was fined $313.

Police say they’ll dismiss the ticket if the owner pays for the SUV’s damages, which fittingly include a displaced serpentine belt. 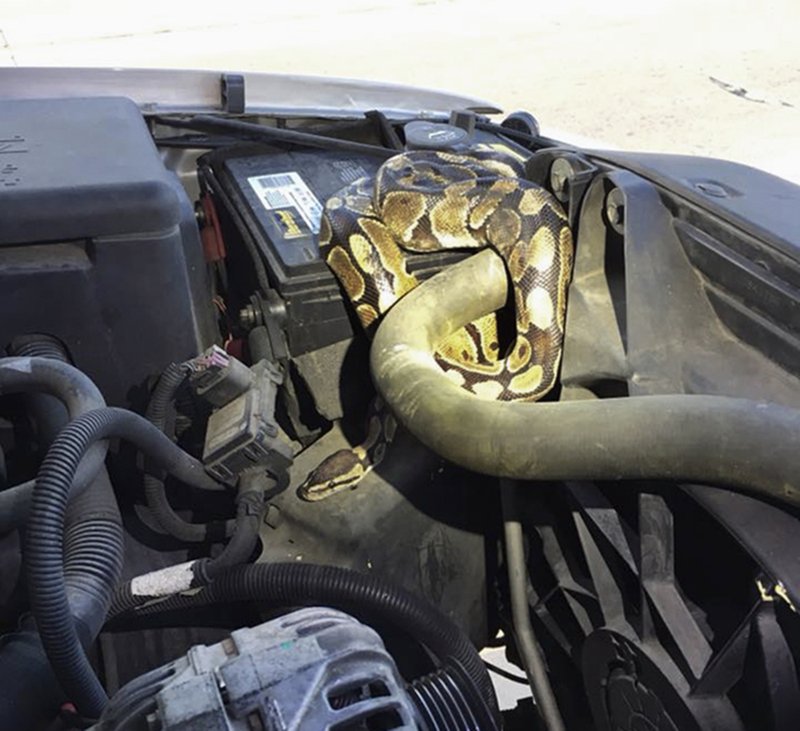