A Maryland man said he won a Keno jackpot after noticing how certain numbers recurred in the drawing. Photo courtesy of the Maryland...

A Maryland man who noticed some curiously recurring numbers in the state lottery's Keno game won $12,040 thanks to his attention to detail.

The 59-year-old Brandywine man told Maryland Lottery officials he usually plays the Racetrax virtual horse racing game, but he started noticing a pattern in Keno drawings -- the numbers 10, 13, 23, 36 and 38 kept showing up.

"I locked in on these five numbers months ago," he said.

The man said he decided to play Keno on Thursday night, so he used the numbers.

"Something said to go play those numbers," he said. "It was one of those whim things."

The man said he bought his ticket at Three Road Liquors in Brandywine and didn't even notice that it printed with a special message saying his ticket had been selected for a double prize promotion.

The player hit all five numbers in one Keno drawing, and several other numbers in other drawings. His prize money totaled $12,040. 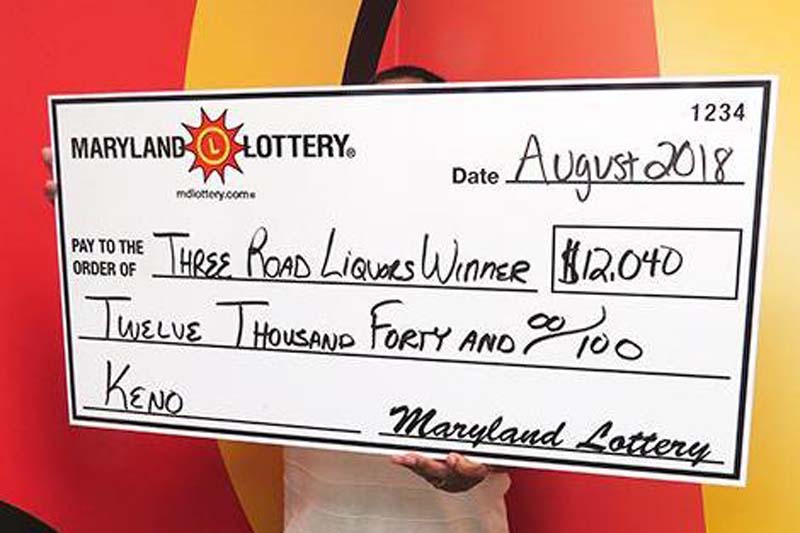