Readers of the Pittsburgh Post-Gazette share stories of random acts of kindness:

It was the end of a beautiful vacation in Virginia Beach to celebrate my youngest granddaughter's graduation from high school. It had been a fretful night with little or no sleep.

I awakened at 3 a.m., and I stayed up and got ready since my flight was scheduled for 7 a.m. My son's family all rushed about with breakfast and we were all in the car and on our way to the airport by 5:30 a.m.

[post_ads]My son and I sat in the airport, and soon my daughter-in-law and grandson were able to join us. The delay, because of a computer glitch, soon became indefinite, and so there we sat, tired and disappointed, trying to be upbeat and pleasant.

My daughter-in-law, Barbara, a very friendly and outgoing woman, soon began to talk to the person waiting next to her and discovered that she was from my city and traveling with the very same itinerary as mine. I am 86 years old and I was in a wheelchair, traveling alone.

I felt at ease, but of course my children were protective and anxious. Barbara casually asked her new acquaintance if she would keep an eye on me for the layover and plane change. She said of course. Her name was Alana and she was young and very sweet and willing.

I call her my guardian angel because from the moment the flight was finally loaded, she never left my side. She entered the plane carrying my carry-on bag, sat near me and waited for me to be escorted out for the two-hour layover between flights to our city.

During the layover, we shared a pizza and got to know each other with pleasant conversation. I was very tired by this time, but her cheerfulness brightened the two hours and made even that time bearable.

When we finally landed in Pittsburgh, Alana still stayed by my side through departure and even to the baggage claim, where my older son and daughter were waiting to greet me. Even then she was bright and caring and said it had been her pleasure to watch over me. She quietly drifted away to retrieve her own suitcases and I didn't see her again.

I know that God put Alana there that day as a gift to me and my children. Airports are so huge and intimidating, and I know I would have been anxious and frightened alone. I also know that I would have managed, but Alana's caring and company made the return home a memorable and good experience.

Someone unknown, a complete stranger, and she just gave of herself willingly and happily. She truly was my Guardian Angel.

Being broken down in traffic at rush hour at the intersection of 19 North and West Carson Street, getting ready to cross the West End Bridge, is not fun, not to mention dangerous.
[post_ads_2]
A wonderful fellow stopped his car behind mine and asked if I needed help, especially since I was in such a precarious position. I told him I called AAA, but he insisted he help by pushing my car off to the side of the road. He stopped traffic; I put my car in neutral, and between the two of us, I ended up in a safe spot out of traffic.

I gave him a big hug, and asked his name. He replied he was Officer Stern (he was not in uniform) and that he had to hurry because he was late for a meeting. He did tell me he was from Zone 3, so I called down there after he left to tell them that he was going to be late and for them to please tell the commander what an angel he is.

Not only is this a random act of kindness, but even though I generally believe the uniform does not make the man ... in this case, Officer Stern exemplified what an outstanding police officer and all around Good Samaritan is.

Has someone done you right? Send your Random Act of Kindness to page2@post-gazette.com, or write to Portfolio, Post-Gazette, 358 North Shore Drive, Suite 300, Pittsburgh, PA 15212. 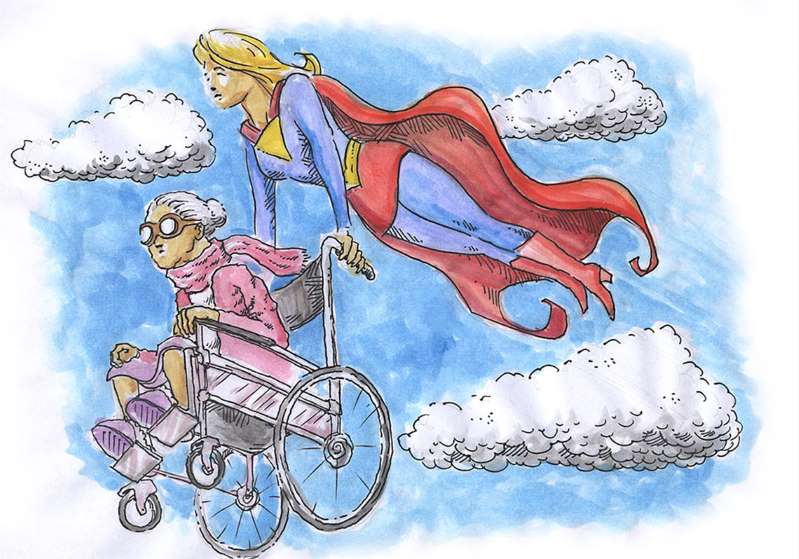