A boa constrictor was found inside the hood of a car the Stoughton Police Department in Stoughton, Mass., reported. Photo by Stoughto...

Police in Stoughton, Mass., responded to a boa constrictor that was found under the hood of a car.

The Stoughton Police Department shared images of the large snake on Facebook and described how they properly captured the serpent using three cops and one animal control officer.

[post_ads]"Officers DeSousa, Gada, and Cowgill along with Animal Control Officer Heal (who responded after we sent out the Bat Signal) safely capture the snake without any harm to the animal, the officers, or the caller. They received no help from the supervisor on duty as he was hiding as far as he possibly could from this incredibly dangerous mission," the Stoughton Police Department said alongside a tongue-in-cheek recount of how the snake was found.

"(No animals were harmed in the making of this ridiculous post)," they continued.

The police department would offer an update on the status of the boa constrictor on Facebook, announcing that the snake was returned to its rightful owner. The Boa constrictor had escaped after it was given a new enclosure by the owner.

"The owner, who wishes not to be identified and will not face any penalties, is thrilled the snake has been located," the department said.

A venomous rattlesnake was recently found under a New Jersey woman's car. The snake was safely captured and relocated by the Popcorn Park Animal Refuge which has staff members that volunteer for the New Jersey Department of Environmental Protection's Venomous Snake Response Team. 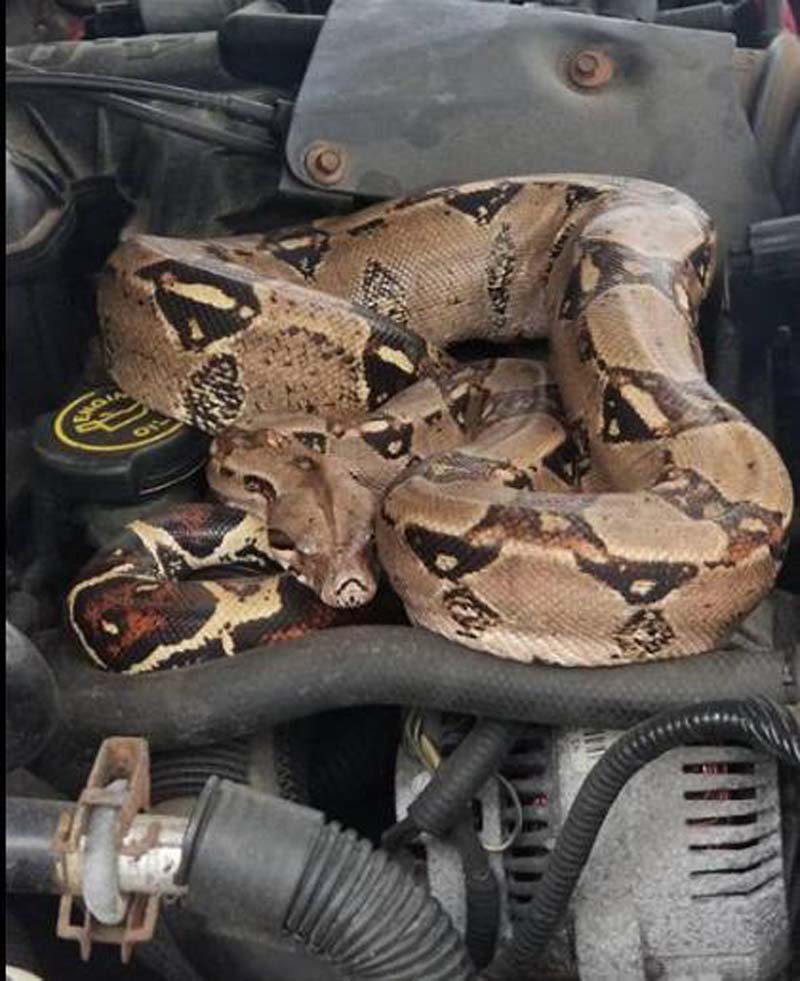