By Ben Hooper, UPI Police are investigating a viral video showing a man hopping a Los Angeles Zoo barricade to slap a hippopotamus on ... 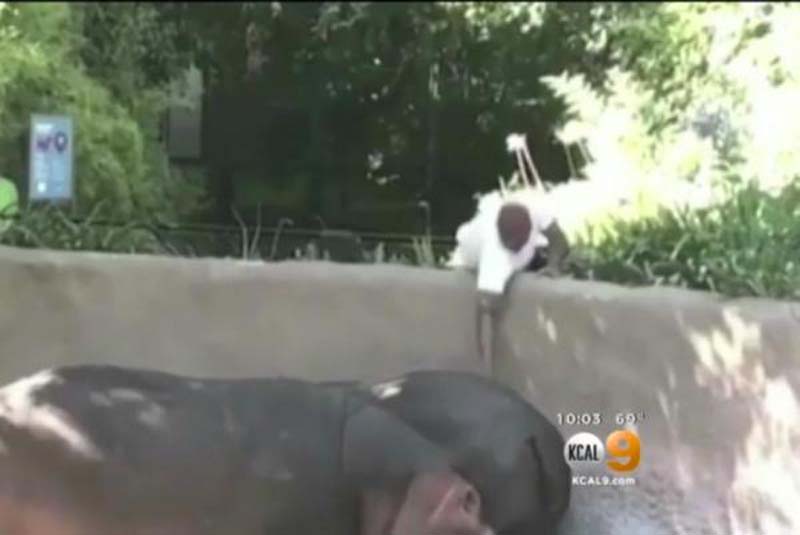 Police are investigating a viral video showing a man hopping a Los Angeles Zoo barricade to slap a hippopotamus on the rear.

The video, which went viral on social media, shows a man climbing over a barricade to reach the hippo enclosure and slapping an animal named Rosie on the butt.

[post_ads]The hippo does not show much reaction to the slap, which is followed by the man quickly fleeing.

The Los Angeles Police said they have opened a trespassing investigation into the incident.

The zoo said the situation could have turned dangerous for the man and the hippos.

"The zoo would like to remind everyone that it is never acceptable for a guest to enter the habitat of any animal at the zoo, excluding our staff-supervised animal encounters," the zoo said in a statement obtained by CBS Los Angeles.

"It is a privilege to observe these rare and endangered species, but they are still wild animals and their space must be respected at all times. Our first priority is always to keep our guests, staff, and animals safe," the statement said.

A zoo spokeswoman said entering a zoo enclosure could lead to a misdemeanor charge or an infraction.