An Argentinian police officer received a promotion after a photo of her breastfeeding a baby in distress was shared widely on social media.

The officer helped rescue six siblings on Aug. 14 from poor conditions at their home near Buenos Aires, The New York Times reports. The uniformed officer, Celeste Ayala, aided a crying baby boy by breastfeeding him at a hospital with the staff's permission, the publication reports.

Ayala stepped in to help the malnourished child as hospital staff were unable to immediately aid him, the Daily Mail reports.

Her action calmed the baby, who is about seven-months-old, the Times reports. Ayala is also the mother of a 16-month-old girl.

A photo of the moment was captured by a friend and posted to Facebook as a salute to Ayala's "great gesture of love," according to the Independent.

That post praised Ayala for acting quickly to help the baby and has been shared more than 100,000 times.

The minister of security for the Province of Buenos Aires has promoted Ayala to sergeant, the Times reports.

"We wanted to thank [her] in person for that gesture of spontaneous love that managed to calm the baby's cry," the Independent quotes Ritondo. 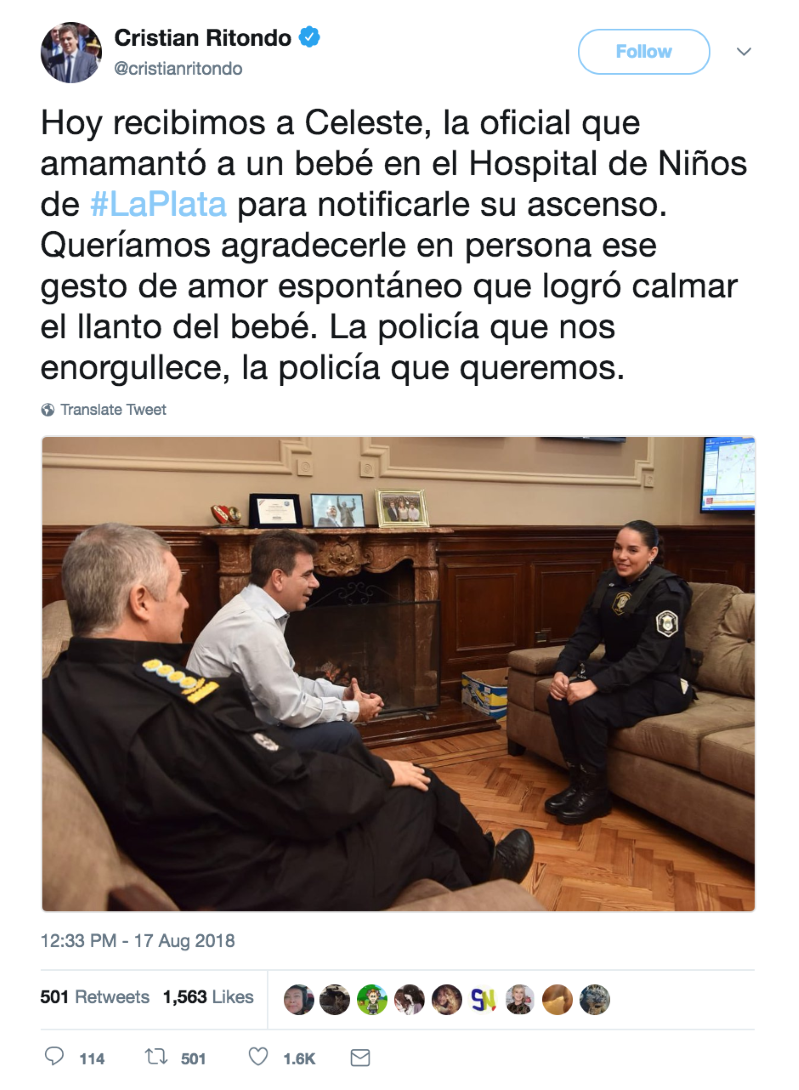