By Ben Hooper, UPI A Los Angeles woman said a young mountain lion spent hours in a tree in her back yard after scrapping with her dog.... 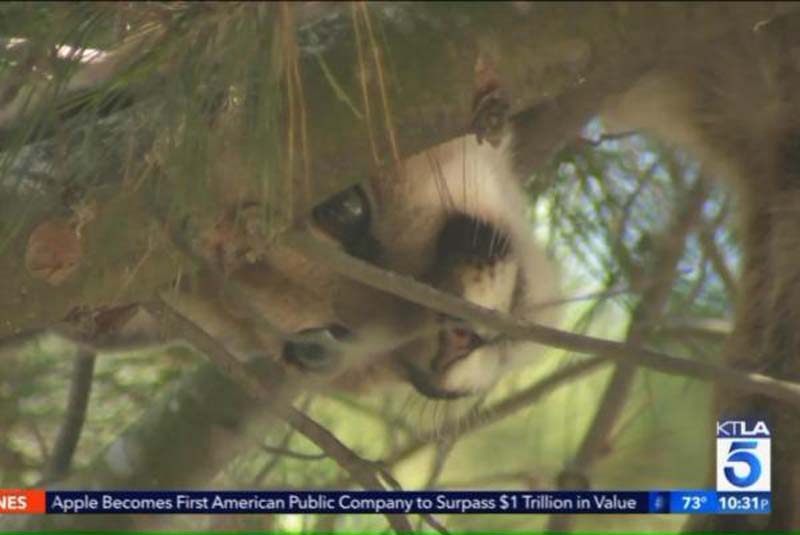 A Los Angeles woman said a young mountain lion spent hours in a tree in her back yard after scrapping with her dog.

Gina Vincent said the cougar cub tussled with her dog, Bella, behind her family's backyard pool in the Pacific Palisades neighborhood on Thursday.

[post_ads]"They were clawing at each other and barking, and the cat was hissing at my dog," Vincent told KTLA-TV. "And then my dog kind of lunged toward the cat and she chased her up to a tree."

Vincent said she has spotted bobcats and foxes behind her home before, but the mountain lion was the first that she had encountered.

Vincent and neighbor Steven Dietz called the California Department of Fish and Wildlife, which advised them to leave the big cat alone. The department said the cub would eventually come down on its own and its mother is likely to come looking for it in the next few days.

Vincent said the cougar was in the tree for at least eight hours.

"It's just a beautiful animal and I hope that it can grow to full size and be protected," she said. "So I hope we're not scaring it."