This Thursday, Aug. 10, 2018 photo provided by the Boulder, Colo., Police Department shows a mountain lion next to a couch inside a...

Associated Press
BOULDER, Colo.
A mountain lion that became trapped inside a Colorado home killed a house cat before police and wildlife officers were able to scare it out.

Boulder police say the homeowner came back to the house late Thursday night and found the mountain lion inside. It appeared that it had pushed through a screen and couldn’t get back out.

The big cat roamed throughout two levels of the home for more than an hour before officers used non-lethal rounds to scare it out the front door and away from the neighborhood, which is just southwest of downtown Boulder.

Police, who photographed the mountain lion lying down between a coffee table and a couch, called the break-in worrisome and asked residents to keep ground-level doors and windows locked at night. 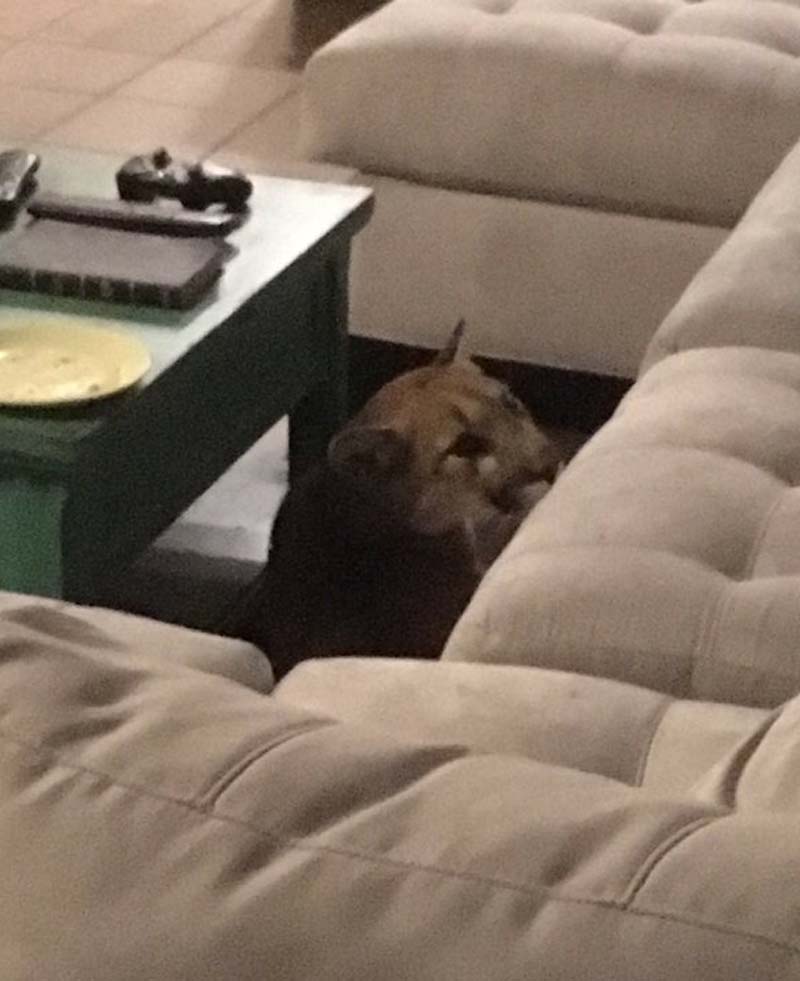