By Ben Hooper, UPI A California family said their backyard pool has attracted the attention of a mountain lion and bobcat. Sue Hodge... 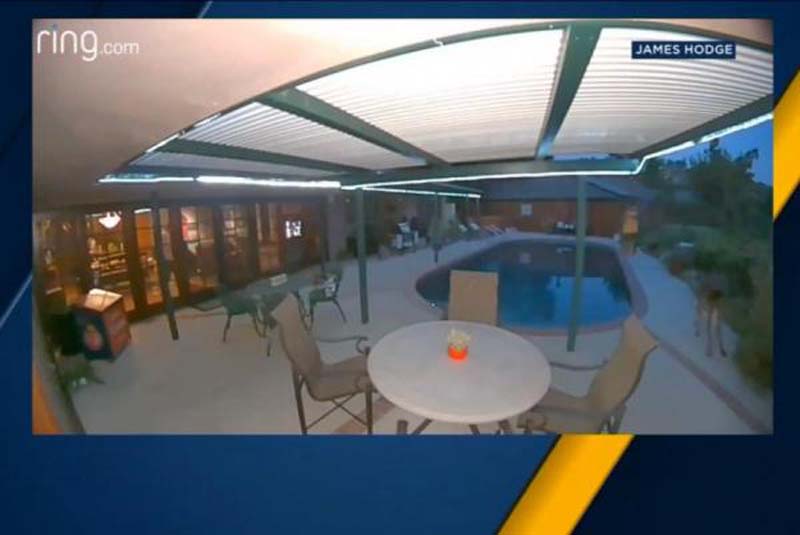 A California family said their backyard pool has attracted the attention of a mountain lion and bobcat.

Sue Hodge of La Canada Flintridge said the first sighting occurred about two weeks ago, when she came face-to-face with a mountain lion wandering around the pool behind her family's home.

"I was taking recycling out to the trash in the back, and as I turned the corner I looked over and could see out of the corner of my eye some white. I thought, 'That must be some kind of animal,'" Hodge told KABC-TV.

"My heart kind of stopped and I just thought, 'Don't run. Don't panic.' And I backed away," she said.

Hodge and her husband, Jim, said the mountain lion was the first they have seen in 20 years of living in their home.

The couple said their wildlife encounters continued Tuesday, when a bobcat approached their backyard pool.

"I looked out and there was a bobcat over by our pool and I grabbed my camera," Sue Hodge said.

The Hodges said recent heat may have led the felines to their home.

"It's kind of neat to live in this kind of environment where you see this. But you just have to keep your eyes open because over the decades we've taken over their habitat and it's dry and it's hot and they just kind of want to either come back and reclaim or get a good drink of water," Jim Hodge said.

A Colorado resident had an even closer encounter with a mountain lion recently when one of the big cats broke into their home and was photographed next to their living room couch.