More than 100 goats caused a scene in an Idaho neighborhood on Friday when they escaped from a rental business and wandered through yards.

[post_ads]Residents of the Summerwind Drive neighborhood on the west side of Boise said the goats showed up about 7 a.m. Friday and started eating plants.

The 118 goats were later found to have escaped from a corral near the Ada County Highway District, where they had been rented to clear foliage.

The goats belong to Kim and Matt Gabica, who use them for a business called We Rent Goats. The animals escaped from the corral by knocking out slats of a wooden fence.

The business owners said employees were able to round up the goats and put them in a truck. They said all 118 animals are safe and accounted for. 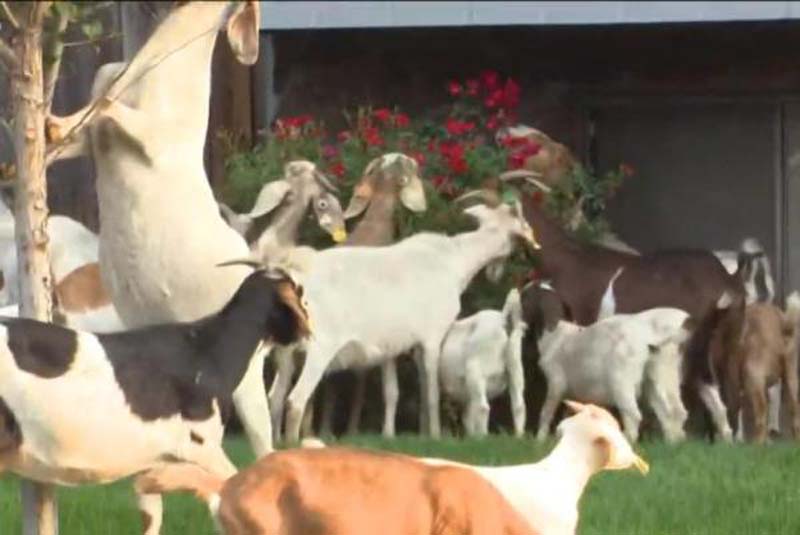