A Michigan woman nearly threw out a $50,000-winning lottery ticket after the self scanner initially was unable to tell her she was a...

A Michigan woman nearly threw out a nearly $50,000 winning Powerball lottery ticket after several failed attempts to redeem it.

Delaine Passucci, 47, successfully matched the four lottery balls required to win the Powerball drawing, but was almost unable to claim the $50,004 at her local grocery store.

[post_ads]"It's been a roller coaster since I bought this ticket! I went from thinking I had a bad ticket, to thinking I won some money, to finding out I won some real money," Passucci said.

She bought the ticket at a Kroger store in Pinckney and when she returned to check if she was a winner, the machine appeared to be malfunctioning.

"I had a few tickets for that Powerball drawing, and the self-scanner wouldn't tell me if it was a winner," Passucci said. "I stuck the ticket back in my wallet and decided I'd try to scan it again later. When I did, the same thing happened so I tucked it away again."

She tried to check the ticket again weeks later and nearly decided to throw it away after encountering the same issue.

"I was just about to toss it in the garbage, when I decided to have the clerk scan it for me. When she told me I'd have to go to the Lottery office to claim my prize, I realized I'd won too much for the self-scanner to give me a prize amount!" Passucci said.

Passucci claimed her winnings on Friday and said she plans to share some of the money with her church and save the rest. 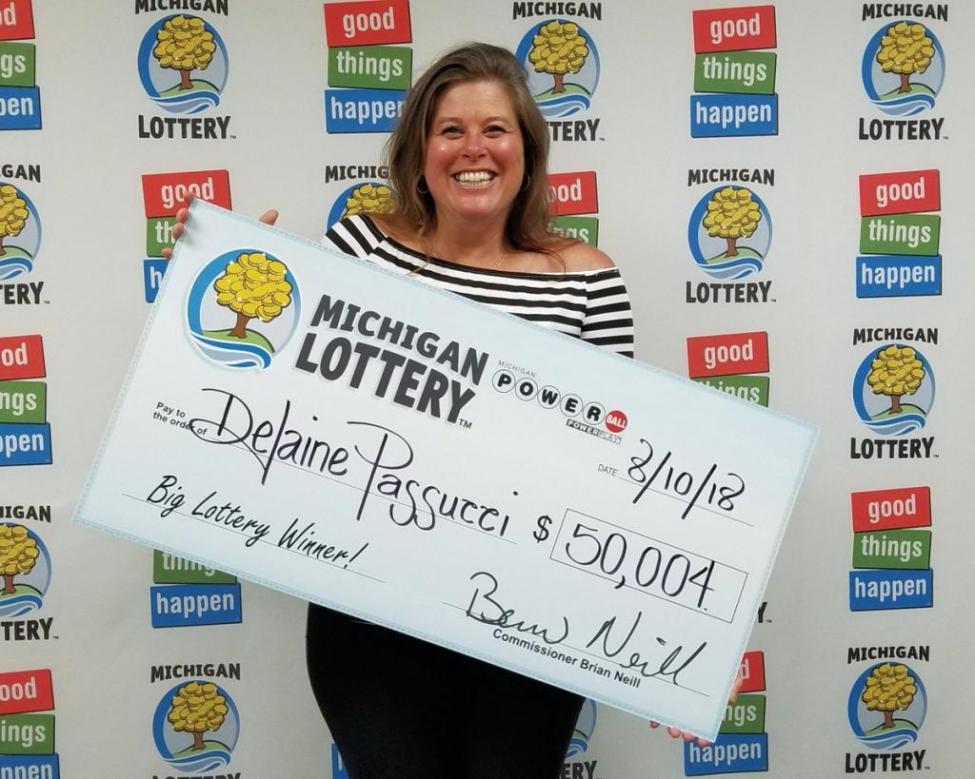