Doctors said he only had days to live as he battled Myelofibrosis, a rare form of leukemia, his sister Susan Williams, 41, said. She shared her frustrations in a Facebook post.

"Last year I started this page to keep people up to date as Steve progressed through his Myelofibrosis journey. It was supposed to be: Docs did this. Then this. And this. Now it's all done and fixed, yay," Williams wrote in a recent post. "Yeah ... not so much."

For the past year, Williams documented Redell's struggle on a Facebook page called "Opie's Minions."

[post_ads]On Monday night, his wife posted the latest news to a Facebook group called "All About White Settlement" and asked anyone who was willing to come by and leave balloons in their front yard so Steve could see them from his hospital bed in their living room.

"She also mentioned that their 5-year wedding anniversary (Aug. 17) was just a few days away," Williams said.

"Strangers stopped by with balloons that night and all day yesterday. Seriously. Easily at least 100 people so far," Williams said. "Now that I sit back and reflect on all these gifts, I've realized this is not a sad event ... but the celebration of young love, perfect soulmates, and a wonderful marriage with fantastic children. Steve is laying just inside that front door facing out. He can see balloons both inside and out."

Redell's two young sons, 10 and 4, got a big kick out of the colorful display.

White Settlement Councilwoman Evelyn Spurlock, who monitors the "All About White Settlement" page that has about 6,000 members, was thrilled to see the community rally around the family.

"I'm so proud of our people. Nobody told them to do it. No city people called," Spurlock said. "They all just saw it on Facebook and took over themselves."

The show of support meant a lot to his wife, Melissa, a stay-at-home mom who had relocated from their hometown of Portland, Oregon, in August 2015.

WORKING HIS WAY UP

Redell didn't finish high school, but found an entry-level job at age 17 and then earned his GED at 24. He was promoted to general manager of his company's Haltom City office in 2015, Williams said.

"He worked for it from age 17, the lowest, lowest level," said Williams. "He hit 30, found the love of his life and got a promotion. He took his brand new wife, brand new baby, brand new stepson and began their life. That lasted a year-and-a-half."
[post_ads_2]
In the spring of 2017, Steve started getting sick, Williams said.

"What he was told when he first got sick was in five years your bone marrow will be completely full of fibrosis tissue and there will be no place to make red blood cells," she said.

Luckily through BeAMatch.org, Redell was able to find two bone marrow donors who matched with him 100 percent.

"That was amazing because even me and my sister were only a 50 percent match when we tested," said Williams.

On Dec. 6, Redell underwent a bone marrow transplant in hopes that his spleen would not absorb the new red blood cells and begin to reverse his leukemia. His surgery was successful and he was released from the hospital on Christmas Day.

But things took a turn for the worse in March. His spleen began to absorb the new red blood cells and on Easter Sunday he had to return to the hospital. Prior to his surgery, doctors told Redell there was a 10 percent chance that his spleen would absorb the red blood cells, Williams said.

"They had to take him off the anti-rejection medication for three weeks before they would be able to remove his spleen," Williams said. "Sure enough when they took him off the new bone marrow DNA started attacking his body."

It attacked his organs, digestive system, his skin and liver.

Since May, his family had been waiting for Redell's liver to recover, but it continued to get worse. He endured the treatments, but then frustration set in, Williams said.
[post_ads_2]
"He was pretty angry and I don't think he moved around as much as he should have," she said. "So by the time June came and he was home, he had lost a lot of leg and core strength. He was very angry. All summer."

But in the past three weeks, his parents and sisters arrived from Portland and persuaded him to fight back. He began intensive physical therapy at a local hospital.

"That's been the process the last three weeks and he was doing good," she said. "Then Sunday, completely out of the blue, his kidneys began to fail."

A day later doctors delivered the bad news - that he only had days to live. He returned home and his condition worsened, limiting his movement and speech, Williams said.

Visit the Fort Worth Star-Telegram at www.star-telegram.com 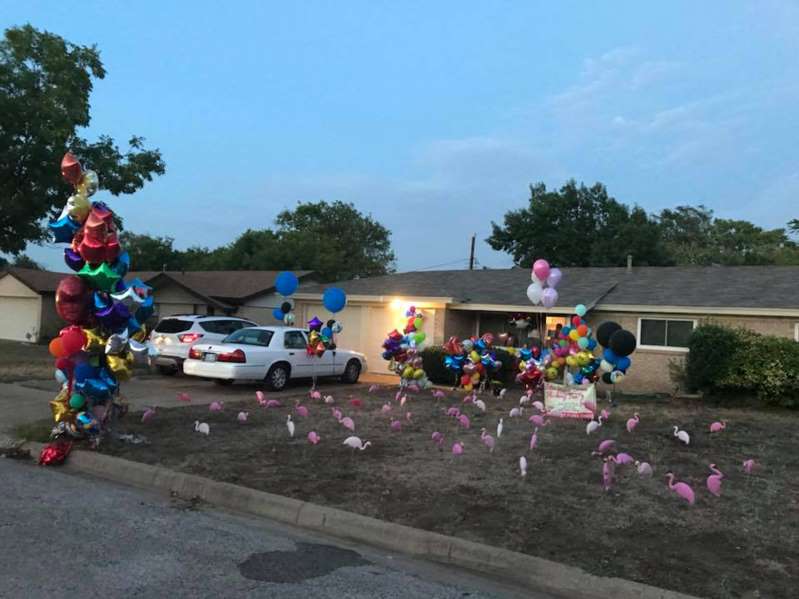