Hundreds in our community face homelessness every day and often they aren't alone, living on the streets with their pets. But there is one group of volunteers working to ensure they get the care they desperately need.

"I've had her about two years and she's never seen a vet since I've had her,” resident Ernest Vincent said. Vincent is a homeless veteran.

[post_ads]"Straight out of high school, I joined the army to see the world,” he said.

He earned the title of drill sergeant after only a few years in the army and was tasked with teaching the army's newest soldiers how to survive at war.

Decades later, he says life has landed him here- living in a shelter, leaning on his dog Sophie.

"She takes care of me, I take care of her,” Vincent said.

Vincent struggles with PTSD, but Sophie helps him through it. It’s the power of pets--a power this vet knows all too well.

Karen Maulkner, who lives at the Gratitude House, says her cats are her most valuable possession.

"I'm real grateful for that because if it wasn't for that they wouldn't be able to get much care,” she said.
[post_ads_2]
The vet and her tech work in a partnership with Pets4Life mobile clinic. They use medication donated by other local vets and drug reps.

It’s a volunteer project with a powerful purpose.

Rubsch said, "It’s nice to know you can make a difference- even if for just a few people.”

Those few people find it hard to say thank you and say the words just don't do it justice.

"I appreciate the hell out of them I really do,” Vincent said.

You can learn more about the service and Pets4Life on their Facebook page. 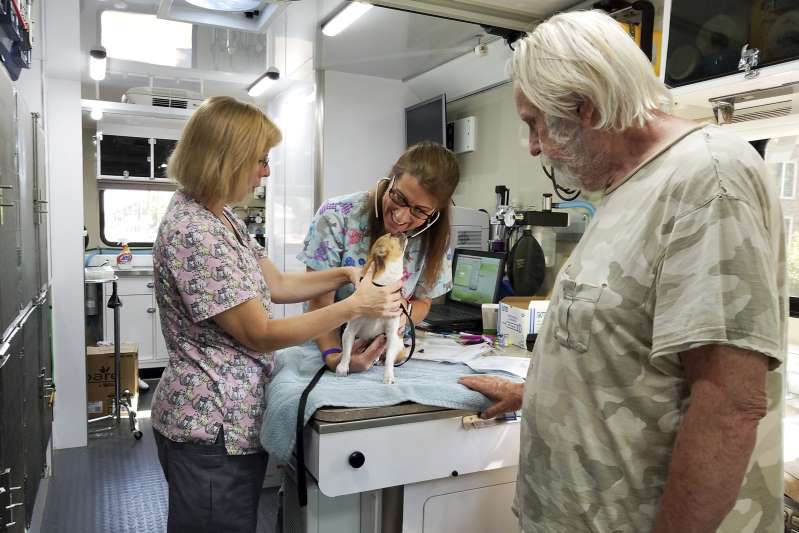