By Stephanie Lai, Oddity Central As a very insular society, Japan has developed a culture that can be very interesting and sometimes biz... 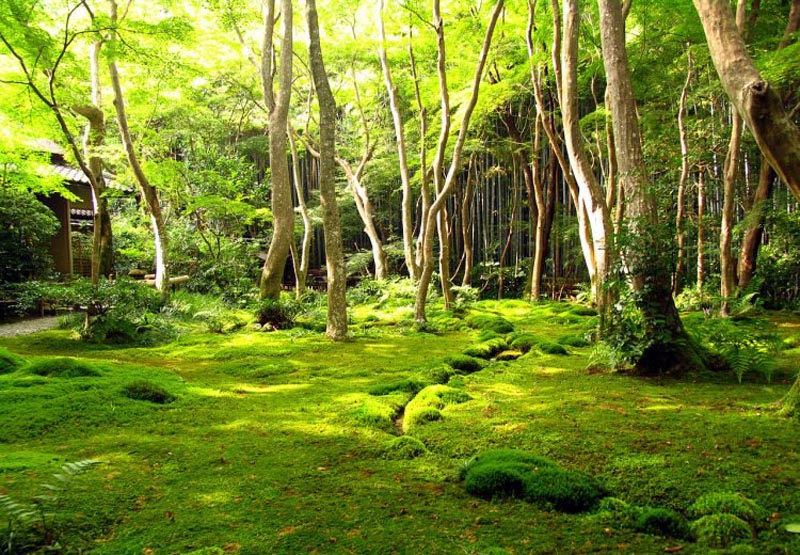 As a very insular society, Japan has developed a culture that can be very interesting and sometimes bizarre to the outside observer. For example, in recent years, many Japanese have become infatuated with moss. Nature excursions centered around observing the thousands of species of Japanese moss have exploded in popularity to the point that the demand for a place on these trips far exceeds availability.

[post_ads]Selling moss-related products like moss-containing jewelry has also become a lucrative market. You can buy rings that have tiny containers holding moss instead of stones. For many young women in Japan, love of these plants has become a part of their identity. These young enthusiasts call themselves “moss girls” and organize moss-themed events such as viewing parties, where they make drinks inspired from the plants.

Moss has also become a popular home decoration in Japan. Much like cacti and bonsai trees, moss needs only a small amount of care and water to survive. This makes it an ideal plant to decorate your home with. It is also very popular with traditional Japanese gardeners; it grows very easily in Japan’s humid climate and can be used to create beautiful textures. You can also replicate the natural elegance of terrain such as hills and mountain ranges on a much smaller scale.

The popularity of moss in Japan has been partially fueled by the staggering available varieties of the plant. In the Yatsugatake mountain range alone, it has been estimated that there are around 500 different types of moss.
[post_ads_2]
Many Japanese have been able to use this cultural phenomenon to their advantage. 64-year-old Oichi Kiyomura, for instance, has earned himself the nickname of “The Moss King” after earning over 30 million yen ($270,000) a year from selling moss. His relationship with this plant first began when he encountered a type of moss known as “arahashiraga-goke” while out mushroom picking with a friend. This type of moss is popular with Bonsai farmers due to its fine and silk-like leaves. “I thought there was no way that people would ignore something so beautiful if I started selling it,” he said.


Moss’s surge in popularity can be partially explained by a popular Japanese book that was published in 2011, entitled “Mosses, My Dear Friends”. In the book, author Hisako Fujii describes her love of the plant. However, the popularity of this greenery in Japan goes much deeper than a single book.

Further explanation for Japanese moss obsession could be that the plant is an echo of Japanese cultural values— it has the ability to look beautiful despite its imperfections. This aesthetic concept is so important in Japanese culture that it has its own name: Wabi-sabi. Japanese culture also places strong importance on history and perseverance over time. Moss is not a plant which simply grows overnight; in fact, it can take years and years for moss to cover the surface of a single stone.
[post_ads_2]