© Provided by Fox News Network LLC By Zoe Szathmary, FOX News A sixth-grader in Georgia is going to get an “unbelievable” gi...

A sixth-grader in Georgia is going to get an “unbelievable” gift from his technology teacher Tuesday: a kidney.

William Wilkinson, a teacher at Grace Christian Academy in Powder Springs, is serving as a living donor to his student, Kaden Koebcke, Fox 5 reported Monday.

The 12-year-old’s first kidney transplant — performed when he was five years old with his father donating — didn’t work out.

“It came back so badly that they had to remove it within five days of them putting it in, so that — that definitely didn't go as planned,” Koebcke, who was diagnosed with a kidney disease at the age of two, told the news station.

[post_ads]"With his particular situation, he can't receive a kidney from a deceased donor, so he is in need of a living kidney donor," the page explains.

Koebcke’s mother, Cami, will never forget the day Wilkinson visited their home to reveal he had found a perfect match.

“He says, ‘Well, do you guys really wanna know?’ And we said, ‘Yeah, we wanna know, we wanna thank him,’” she told the station.

For Koebcke, life without dialysis would be something to look forward to.

“I’ve had to be on dialysis for about 10 years now, and it’d really be awesome to live a normal life and not have to live life hooked up to a machine,” he told the station.

Wilkinson appeared to have a successful surgery on Tuesday, according to Kaden’s Kidney Search.

“Will's surgery is done and he did well with vital signs stable throughout! The kidney is already over to the other hospital and they are in the process of getting the kidney into [Koebcke]. Continue the prayers!!!” the Koebcke family wrote on Facebook. 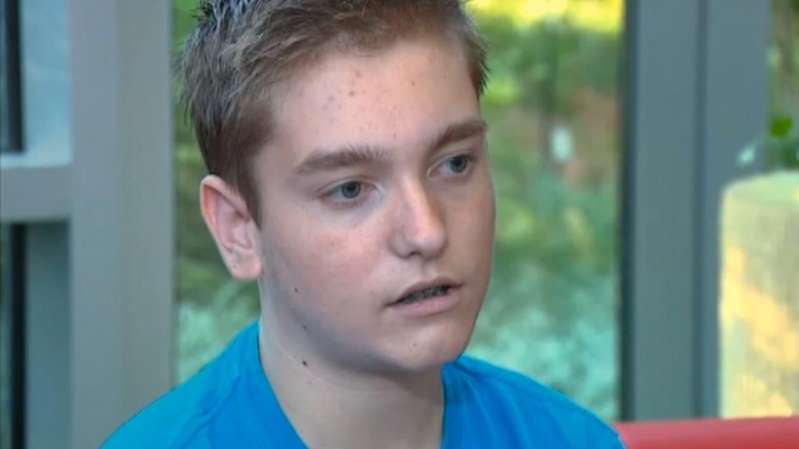