Even Imran Khan's Pet Dogs Now Have A Wikipedia Page!

Wikipedia said that it only gives pages to 'notable' people. By Rakhi Bose , news18.com Wikipedia recently faced flak on socia...

Wikipedia said that it only gives pages to 'notable' people. 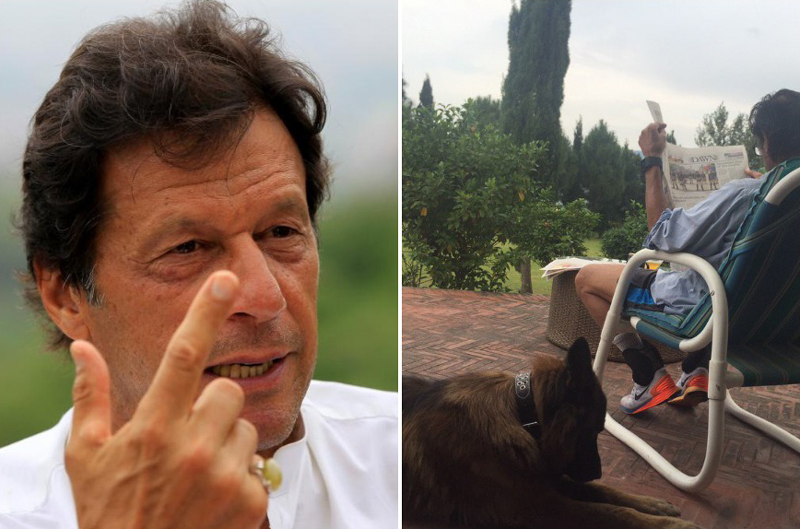 [post_ads]The Wikipedia volunteer who added the page said the page was added after they noted increased searches for the dogs and references in primary and secondary sources such as newspaper, social media etc.

Saquib, who volunteers at Wikipedia help desk told The Express Tribune that there had been considerable media buzz about the Pakistani PM designate's pets and thus Wikipedia added the page. The employee also said that several US Presidents' pets had Wikipedia accounts and there was no reason for Imran's to not have one as well.

The page details Imran's pet-history but fails to provide any vital information about the dogs such as breed details, weight, height, built, age, and even their current status.


Imran's dogs have made it to the headlines several times as subjets of spats between Imran and his wives. One of his dogs recently made a splash on social media after it appeared in the background of an image with Imran Khan and the Iranian Ambassador Mehdi Honardoost. The Iranian envoy had called upon the PM-elect last week to discuss Pakistan's trade ties with neighboring countries, including Iran.
[post_ads_2]
While some praised the photo...

During a meeting with Iranian ambassador Imran Khan's dog Motto can be spotted.

[post_ads_2]
Others were quick to criticize:

Are dogs invited to official meetings?

I wonder how the Iranian ambassador felt about this... pic.twitter.com/p6bYLfZKb5


Incidentally, Wikipedia had earlier faced flak for removing the pages of Bakhtawar and Asifa Bhutto-Zardari, claiming that 'notability cannot be inherited'. What gives now, we wonder.

Speaking to News18, Saquib said, "Dogs fall into our general notablity guidelines. But we have separate and independent subject-specific guidelines as well, like for politician, sportspeople, actors. Bakhtawar and Asifa Bhutto both fail to meet our notability guidelines under the politician category.

Saquid added that the page had to been locked for editing after alleged attempts of vandalism.