Escaped python eats pigeon at side of London road

By Ben Hooper, UPI A python believed to be an escaped pet was filmed snacking on a pigeon at the side of a busy London road. The RSP... 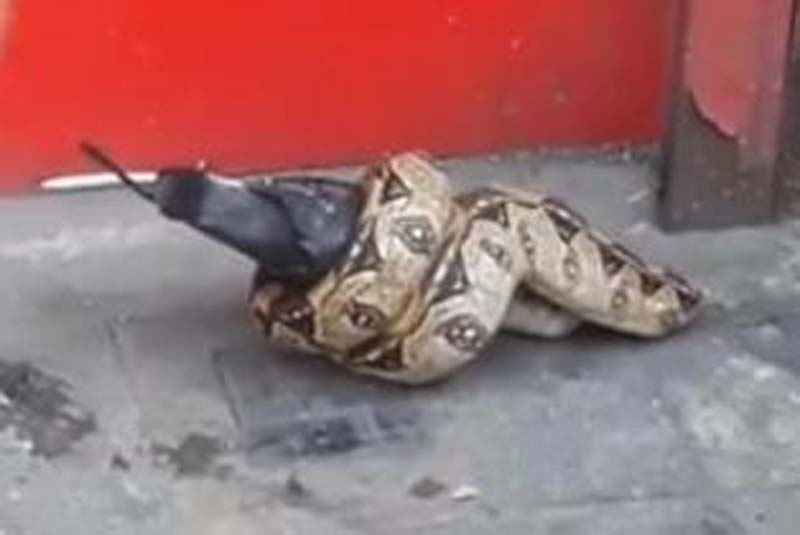 A python believed to be an escaped pet was filmed snacking on a pigeon at the side of a busy London road.

The RSPCA said witnesses called animal collection officers to the scene Saturday on Leytonstone High Road in London when the python was seen slithering across a road and eating a pigeon.

[post_ads]Rescuers said the pigeon is believed to have already been dead and was given to the snake by bystanders.

"We received a call yesterday morning reporting a stray snake in High Road, Leytonstone. I arrived to find the python in a box and transported him to a wildlife center where he is currently being assessed," RSPCA inspector Rebecca Bedson told the London Evening Standard.

"I'm very keen to find out how he came to be in such a dangerous situation. Exposed like that on a street could have meant anything might have happened to him, he could have been run over by a car or attacked by another animal," she said.

"It might be that he is an escaped pet, or more worryingly, someone may have deliberately dumped him and left him to fend for himself," Bedson said.