© Provided by CBS Interactive Inc. Inside Edition Staff A hero cat was honored for saving the life of his owner, just a week...

A hero cat was honored for saving the life of his owner, just a week after his own tragic passing.

Theo, a kitty from Redditch, Worcestershire in England, was named Cat of the Year at an awards ceremony Friday for heroically keeping his owner awake after she suffered a potentially fatal blood clot.

Theo's owner, Charlotte Dixon, told Sky News that the 8-year-old cat kept her awake by relentlessly batting at her before she finally decided to call an ambulance.

Dixon said paramedics caught the blood clot as soon as they arrived and told her that staying awake that night likely saved her life.

As Dixon said after accepting the award, it was as if Theo was paying her back for when she saved his.

[post_ads]Theo was just a kitten when, Dixon said, he bonded with her at a rescue, where he was orphaned and suffering from cat flu.

Dixon decided to take on the task of nursing him back to health and her work paid off. Theo made it to adulthood and was around to save Dixon's life.

While Theo was still holding on when he was named winner of the Purina® Better Together category and overall National Cat of the Year 2018 award winner, he died a week before the ceremony.

Dixon suggested his passing came in part due to long-term damage his heart suffered from his battle with cat flu.

But, after the award, Dixon struck a positive tone.

"I'm absolutely over the moon," she said as she clutched Theo's trophy. "It's incredible. Overwhelming." 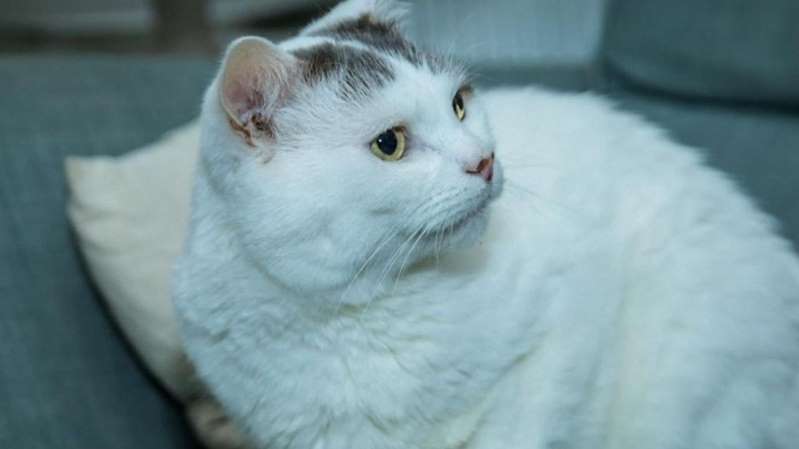