A total 933 people came together in California to set a world record for most people making slime simultaneously. Photo courtesy of ...

Nearly 950 people gathered in a California city to set a Guinness World Record for most people making slime simultaneously.

Guinness said a total 933 people gathered at the Community Friendship Day event in Carson to make slime from glue, liquid starch and various dyes and glitters.

The record-keeping organization said in order to qualify for the record, all of the participants had to make their slime in the same 10-minute window and demonstrate that it can hold a shape, stretch and be molded.

"It makes me proud that thousands of constituents, as well as citizens from surrounding cities, came to participate in this fun, exciting and historic event," Carson Mayor Al Robles said. 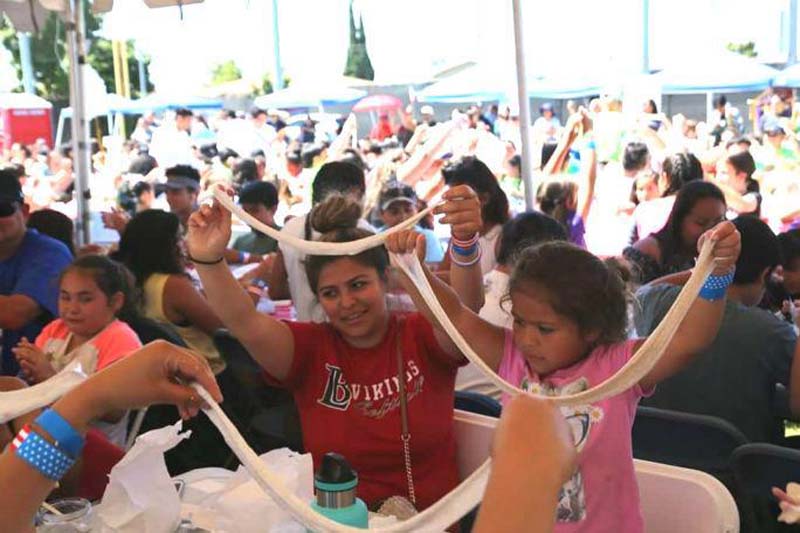