Workers build a 16-foot-tall sand castle made of 16 tons of sand in the Channel Gardens at Rockefeller Center in New York City on Thu...

An artist is leading a team of builders to construct a 16-foot-tall sandcastle in an unusual spot -- the middle of New York's Rockefeller Center.

Rockefeller Center announced the "Sand & Surf" installation in its Channel Gardens includes a 16-foo-tall sandcastle designed and assembled by sand sculptor Ted Siebert and his team.

Construction on the sandcastle, which is composed of about 16 tons of sand, began Monday and is scheduled to be completed on Friday.

The "Sand & Surf" installation, which also includes palm trees and seascape topiaries, is scheduled to run through Sept. 7. 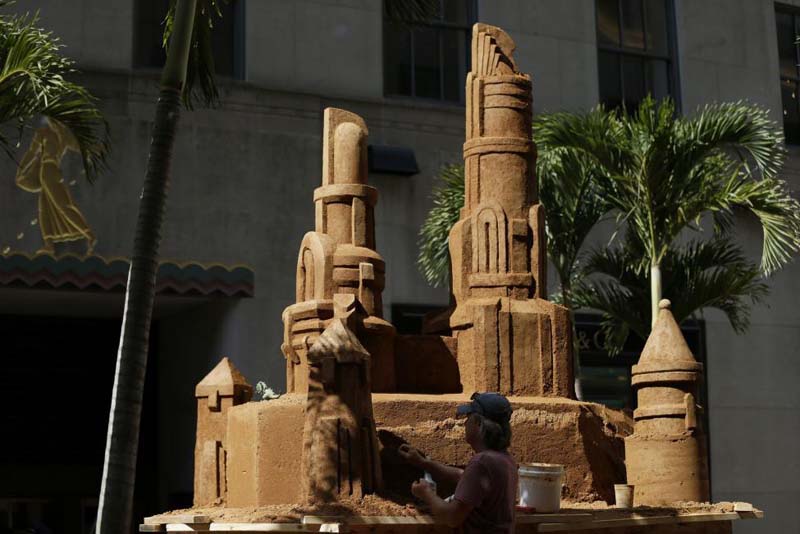