© Provided by CBS Interactive Inc. By JOHANNA LI , Inside Edition This tiny duckling was the only one of his abandoned nest t...

This tiny duckling was the only one of his abandoned nest to survive, but has quickly made an unlikely friend — a family's pet dog.

Brody, a 3-year-old golden retriever, and the unnamed duckling have been inseparable since it hatched.

"They share their meals, play, and swim and take naps," the dog’s owner, Cindy Bentsen of Oceanside, New York, told InsideEdition.com. “He is very protective of the duck.”

She explained it all started when her 12-year-old son Tommy rescued an abandoned nest near the canal in their backyard.

After doing a little research, they decided to help them hatch.

They consulted local wildlife experts, who said it was best to release the remaining duckling to the wild. The duckling, however, had other plans.

“We live on a canal so we are hoping that she will make some friends,” she said. “[The duckling] became so attached to our dog Brody, she keeps on returning."

Bentsen said they were nervous at first that the pair wouldn’t get along.

“Little to our surprise, they bonded instantly and their relationship began,” she said.

While they continue to encourage the duckling to meet other feathered friends, they now consider her a part of the family and are welcoming any name suggestions for the duckling. 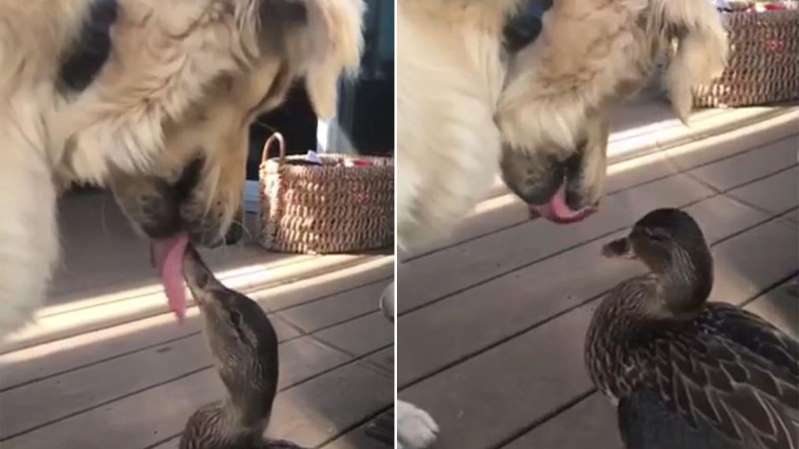