Thomas Watson answered the nature's call in the best way possible. By Anurag Verma , News18.com A man took the matters into his ow... 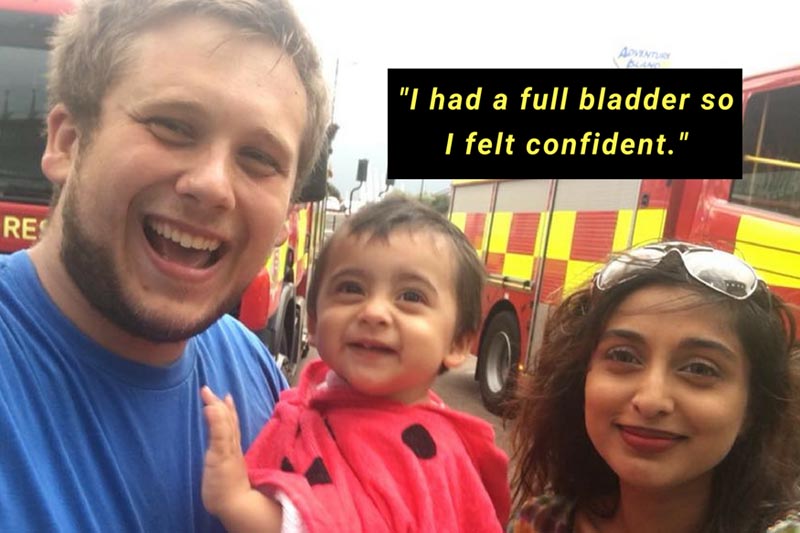 A man took the matters into his own hands when the fire threatened to total UK's iconic Southend Pier, reported The Sun.

[post_ads]22-year-old Thomas Watson along with his partner Saeefa Chowdhury and 15-month-old Franzesca-Isabella were by the seaside when they decided to walk along the pier.

It was then Watson spotted the flames breaking out at the deserted pier and he knew what exactly he had to do.

"I saw smoke up ahead and ran over and there was a fire. I thought it might have been caused by a cigarette but the metal bolt was glowing red - really bright red. I was really worried the fire was underneath and we would get trapped," Watson told Echo News.

With no fire extinguisher in sight, Thomas then lowered his pants and pulled out the hose to douse the flames.

"The wind was really strong so I tried to pee while standing up, but that failed so I got down on my knees. I needed the toilet anyway so thought that this would just kill two birds with one stone," he added.
[post_ads_2]
Hailed for his quick-thinking, Watson has been offered a free trip to Southend Pier.

Councillor James Courtenay, the cabinet member for growth, was all praises of Watson.

"Whilst we have faith our sprinkler system would have sprung into action, we understand the visitor deployed his own sprinkler system to swiftly extinguish the miniature inferno," he told the Echo News.

Happy with his actions, Watson later took to his Facebook page to narrate the incident.

"So the end of today’s trip to the beach was weird, we were the last and only ones walking down the pier (guessing the rain and thunder scared away everyone else) and I noticed smoke coming out from further ahead! I quickly ran over to discover that some of the boards and a bolt had caught alight, so using my initiative I decided to empty my bladder & save Southend at the same time! It’s not every day you have the fire brigade thank you for weeing. Turns out lightning struck it, so it was lucky that I was there when I was!"
[post_ads_2]