Oddity Central Pokemon GO may not be the phenomenon it was a couple of years ago, when virtually everyone was playing it, but the mobil... 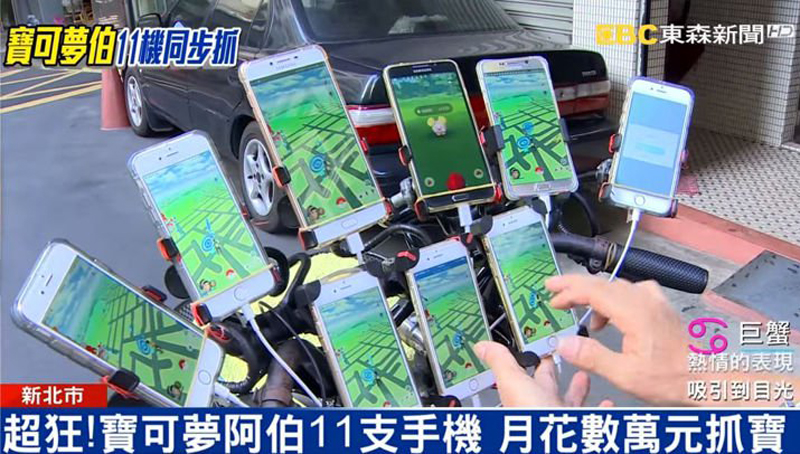 Pokemon GO may not be the phenomenon it was a couple of years ago, when virtually everyone was playing it, but the mobile game still has its share of die-hard fans. And 70-year-old Chen Sanyuan may just be the world’s most dedicated Pokemon GO player.

[post_ads]If you’ve checked out the Pokemon GO subreddit over the last couple of months, you may be familiar with the “hardcore pokemon hunter grandpa” from Taipei City, in Taiwan. Photos of him riding his customized pokemon-hunting bicycle have been doing the rounds on Reddit for a while, and every time a new one is posted, the bike appears to be getting crazier. Well, it’s not just appearances, Chen Sanyuan, the 70-year-old pokemon hunter is upgrading his bicycle every chance he gets. He currently has a whopping 9 smartphones – all connected to different Pokemon Go accounts – installed on the handlebar, as well as 9 power banks stored in a small basket, which allow him to hunt pokemons for around 20 hours at a time. Now that’s dedication! 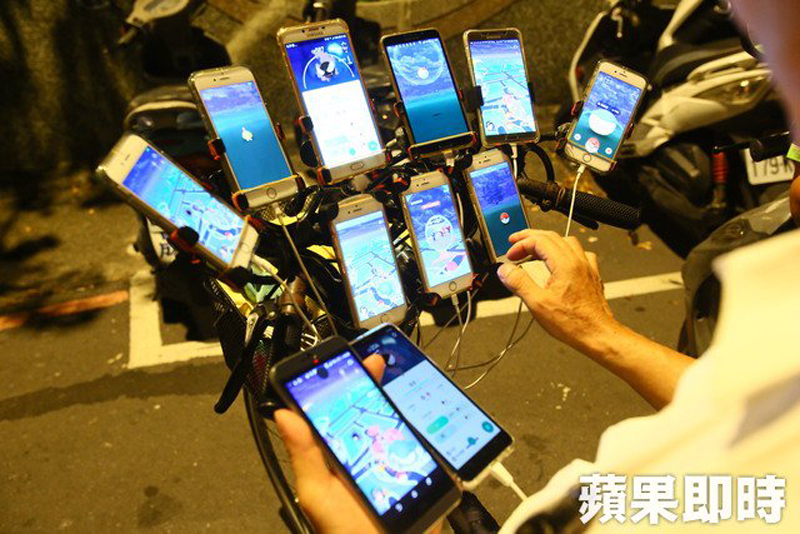 Chen’s unique bike setup made such a big impact on Reddit, that users from Taipei actually started going out in the Taiwanese city in search of the pokemon hunting grandpa. One of them actually found him on a hunting run and asked him all kinds of questions, like what got him into Pokemon Go, how many days a week he plays and how many phones he uses. Recently, even mainstream media in Taiwan did a report on the 70-year-old’s pokemon hunting habits, which got a lot of attention online.
[post_ads_2]
Chen Sanyuan was apparently introduced to Pokemon Go by his grandson, and he fell in love with it. He always enjoyed riding his bike through Taipei, but Pokemon Go also allowed him to make new friends and stay in touch with them through the app. As time went by, he started dedicating more time and money to the game, and these days he hunts for the digital monsters 5 or 6 days a week and spends around 10,000 yuan ($1,500) a month, both on in-app purchases and on hunting equipment for his bicycle. 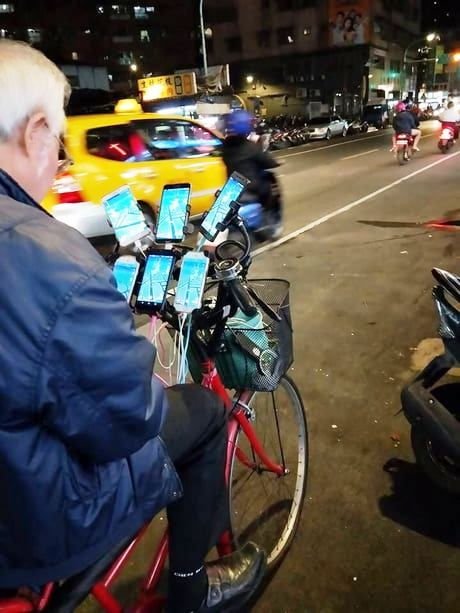 ET Today recently reported that Chen recently upgraded his gear from 9 smartphones to 11, all running Pokemon GO accounts (minimum level 30). Why so many of them? Well, I’ve never played the game, so I have no idea what advantages they offer Chen, but he claims that the several accounts allow him to attack gyms without requiring support from his friends. He just uses his high-level accounts and gets the job done on the spot.

Each of the phone the pokemon hunting grandma uses on his hunting trips is connected to a high-capacity power bank, all of which allow him to continue his daily adventured for up to 20 hours at a time.

In an interview he gave Taiwanese gaming website EXP.GG, Chen Sanyuan said that he prefers spending real money in the Pokemon GO app – hundreds of dollars every month  – to attacking other people’s gyms, because he feels that would make other players unhappy. So he prefers to do things peacefully, whenever possible.

Chen plans to upgrade his arsenal to 15 smartphones soon to make his pokemon hunting even more efficient. It will require a sizable investment, but the 70-year-old claims that his hobby is definitely worth it.
[post_ads_2] 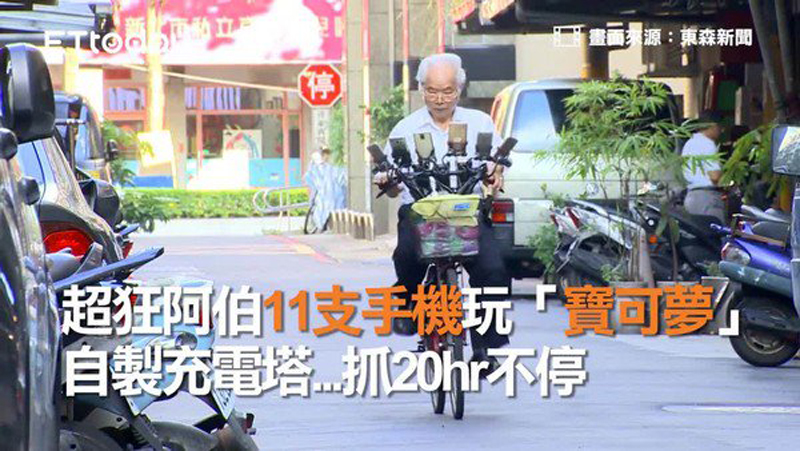