From Oddity Central A two and a half year old girl from Changzhou, China’s Jiangsu Province, has been dubbed a “super girl” after fallin... 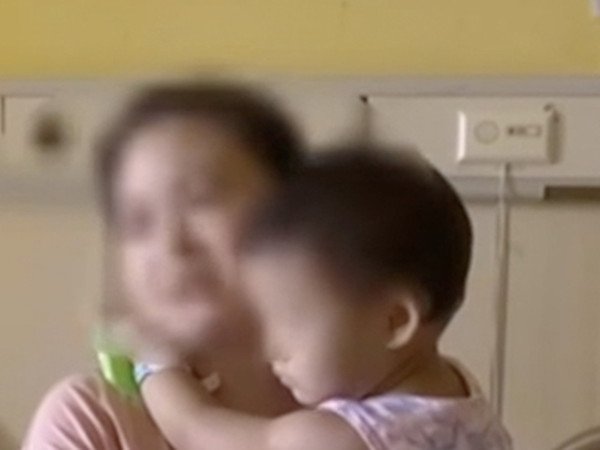 A two and a half year old girl from Changzhou, China’s Jiangsu Province, has been dubbed a “super girl” after falling from the 17th floor of an apartment building and sustaining only minor injuries.

The accidental fall took place on July 11, when the girl’s grandmother decided to leave her home alone while she went grocery shopping. The woman later said that the girl was sleeping and she didn’t have the heart to wake her up, so she just left by herself and locked the door, thinking that she would be back before her granddaughter awakened. She was wrong.

[post_ads]When the young girl woke up, she started looking for her grandmother, and, after checking the front door, she went to the window to see if the woman was downstairs. She climbed onto a chair, then on the computer desk and leaned out an open window. The girl lost her balance and plunged 17 floors onto a small garden outside the apartment building, just as her grandmother was making her way back upstairs.

Eyewitnesses told reporters that the girl rose to her feet almost instantly after hitting the ground, started crying and went straight for the front door of her building. Meanwhile, the irresponsible grandma entered the apartment, and after calling for the little girl and seeing that she was nowhere to be found, noticed the open window and rushed back out the door. When she reached the ground floor, she saw her crying granddaughter being comforted by some neighbors.

The grandmother immediately contacted the girl’s parents, who rushed home and took her to Changzhou Children’s Hospital for a thorough examination. After learning what had happened, the doctors were stunned by how few injuries the child had sustained. A CT scan revealed no brain abnormalities, while the X-Ray exam showed some minor fissures to her ribs. The abdominal ultra-sound only showed some minor bruising of the liver, which, under the circumstances, was nothing short of miraculous.

“She is a little superman,” one of the doctors said in an interview. “This child is too lucky.”
[post_ads_2]