A Virginia girl is credited with saving her newborn cousin's life.

"Well at first she said she didn't feel well, in the beginning of the day," said Carrion. "So I called my mom and she said she'd take her to the hospital after work."

Carrion's aunt had been hiding her pregnancy from loved ones. On Monday, she went into the bathroom with stomach pains and didn't realize she had gone into labor.

She rushed in to discover her aunt had given birth on the toilet.

[post_ads]"She gave me the baby because she got in the bathtub and she lost a lot of blood, so she fell and passed out. So I called 911," said Carrion.

She also called her mother, who began driving to the house.

Carrion said she remembered watching several YouTube videos about taking care of baby dolls and used what she could recall.

"The videos helped me with swaddling and cleaning him up from everything," she said.

"She told me to get something to cut it with, so I got the house scissors," said Chloe. "And she told me to tell my aunt to stay calm, to swaddle the baby but try to wipe off most of the blood, and to wait for paramedics to arrive and to get my aunt some water."

"Chloe was just standing at the front door with the baby swaddled, and she was rocking him back and forth," said West. "I'm very proud of her. She was so brave. Even as an adult, I don't think I could have done what she did."

Both mother and baby are doing well.

Carrion's aunt plans to raise the child, who they have named Isaac. 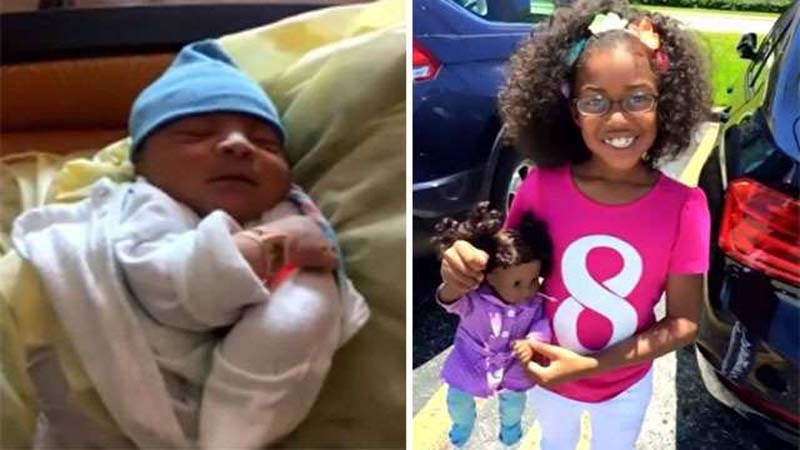