He's survived alone for 22 years, with no human contact. By Raka Mukherjee , News18.com A viral video of the last surviving man fr...

He's survived alone for 22 years, with no human contact. 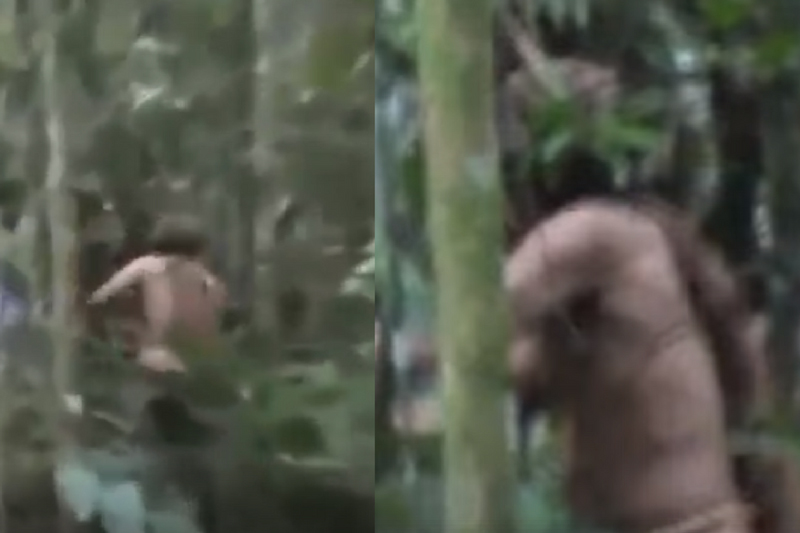 A viral video of the last surviving man from an Amazonian tribe has started making the rounds on social media of  'the loneliest man in the world.'

Taken by Brazilian government officials in Rondonia, the video shows a man, who is believed to be in his 50's, and the last remaining member of a tribe that was massacred to death.

[post_ads]According to an article by The Guardian, the man appears to be in excellent health.
In the video, he is seen swinging an axe - as the video is shot from a distance, not much is known about the man except that he chooses to live in isolation. He is occasionally referred to as 'Man of the Hole.'
Reports from the Brazilian government also add how attempts to contact him have failed, as the man returned their advances with arrows.
Even though steel axes, like the one visible in the video, plantation seeds and other agricultural tools are left in the vicinity of where the man resides, no-body allegedly has contact with him.
Only a few people keep track of him, and many state how his existence is almost like a silent sign of protest. That despite the atrocity that was meted out to his tribe, he continues existing - without the help of the outside world.