Why are People Hating on Forbes for Calling Kylie Jenner a 'Self-Made' Woman? 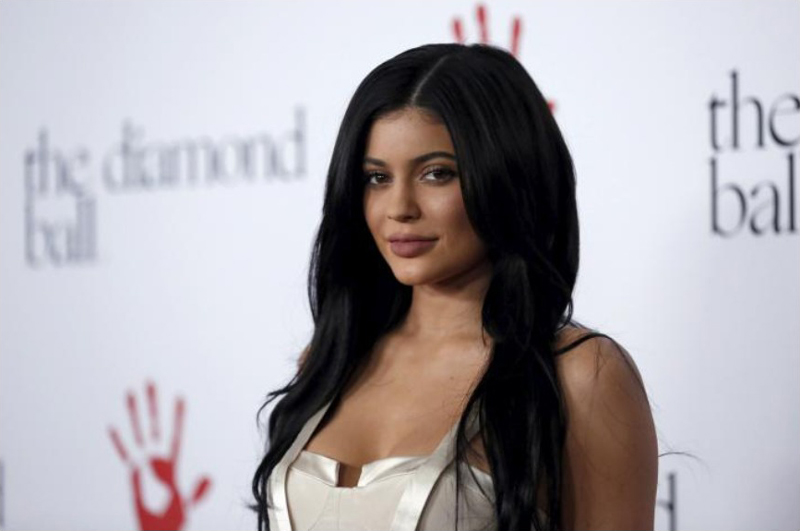 While Forbes's rich lists are known to raise a fuss, only a few in the recent years would rival the amount a recent list raised after it named Kylie Jenner among the wealthiest and youngest self-made women in America.

[post_ads]According to the list, Kylie has in three years built a 900 million dollar cosmetics empire and is on the fast track to replace everyone's favourite Mark Zuckrberg as the world's youngest billionaire.

But many, especially those on social media were outraged at the distinction of 'self-made' woman that Forbes awarded the celebrity.

Critics on Twitter questioned the 'self-made' tag. Considering she is part of the Kardashian clan and has appeared on her step sisters' unnecessarily famous TV show from age 13, fans argued the 21-year-old cosmetics moghul is barely on her own, that KimmyK's star-power was enough to propel young Kylie forward.

Can we not refer to Kylie Jenner as the America’s richest “self made” woman? Good for her for building her own makeup empire and everything but you can’t by definition be “self made” when you come from one of the most famous families in pop culture.

hey @Forbes what exactly about the @KylieJenner fortune is self-made? nepotism built her entire career

People out here starting a gofundme so Kylie Jenner can go from $900M to $1B and CLARK COUNTY IS SHORT 1000 TEACHERS AND $60M+ DOLLARS FOR OUR FUCKING SCHOOLS. And people are donating. You wanna donate? Invest in our future you trash ass MFs.


Some also threw political punches, probably in hopes of using Kylie's fame to propel their own petty rivalries against the POTUS.

That anyone would ever consider Kylie Jenner as "self-made" is a symptom of how fucked up our society has become. The Kardashians are about as close to American royalty as it gets. She had her following practically handed to her via TV, and it's her followers who then "made" her. https://t.co/FslZv0Dd66


And in fact, even Dictionary.com apparently threw shade on Kylie via this  cheeky post:

It is not shade to point out that Kylie Jenner isn’t self-made. She grew up in a wealthy, famous family. Her success is commendable but it comes by virtue of her privilege. Words have meanings and it behooves a dictionary to remind us of that. https://t.co/2HzIJbLb8q


But is that really true? Let's remember that Kylie, who recently became mother to daughter Stormie, started her career as a model with allegedly crippling insecurities regarding her body and face.

Being absorbed as she was among the Kardashians, Kylie revealed in her reality TV show 'Life of Kylie' that she had often felt ashamed of her plain lips. And voila - the 29 dollar Kylie Lip-Kit was born.

The then teenager paid a third party company 250,000 dollars to manufacture the first batch of the lipsticks and promoted them for a month on social media. It is to be noted that to this day the fashionista uses virtually no paid forms of promotions, using only her Instagram account to advertise for her products. She is the one-man army that runs the company, decides on colour palettes and formulas and their distribution.
[post_ads_2]
She is the face of her brand and has claimed in her interview to Forbes that she owned up to full responsibility for any problems or complaints with her products and the company. And in fact at this point, Kylie is worth more than any of the Kardashians (or Jenners) individually.

While her net worth including earnings from Kylie Cosmetics and personal brand endorsements stands at just a million short of a billion, former top Kardashian Kim's net worth is languishing at a lowly 350 million.

Kylie Jenner's mother, Kris, got paid $17M by her daughter in the past yearhttps://t.co/Zf8T1s4oW4 #SelfMadeWomen pic.twitter.com/wVJx9CzcBb


In fact Kylie Cosmetics netted almost that much (320 million) in just the last year. Her most successful sale was on November 21 2016 when she launched her Christmas collection, which made her 19 million dollars in a single work day. In just three years, the company has given top-cosmetic chains in the world a run for their money, challenging age-old marketing and distribution models in the cosmetic and fashion industry.

Her fans have defended the criticism against the recent Forbes title by claiming that Kylie was an inspiration to women around the world, helping them to embrace their insecurities and make the best of them.

Kylie Jenner turned her biggest insecurity into a multi million dollar empire. Alot of times our biggest downfall, insecurity, challenge is there for a reason. Dont dwell on them, capitalize on them.

I don’t see why y’all hate on Kylie Jenner so much. She’s beautiful and successful. On top of that a smart investor.

About this Kylie Jenner debate.
No she is not self made, but yall really gonna hate on her becoming a Billionaire because of that? How many people were born in the spotlight and couldn’t do half of that? If that’s not “talent” idk what is.

Word to you haters. @KylieJenner was not born with 900 million. She took her circumstances and worked hard and now is worth 900 million. We all have the same 24 hours as Kylie ✌🏼


While Kylie managed to make 900 million USD off of her insecurities, professed feminists have raised their voice against Kylie being named the richest self-made woman, with many claiming it glorifies the need for women to doll up and takes away focus from 'substantial' women.

Soon after the news went viral, hashtags such as #Womenintech, #Womeninscience, even #Womeninblockchain started doing the rounds.
[post_ads_2]
Many in India cried foul at the world celebrating Kylie when two Indian women in tech were also part of the list. Kirti Ullal and Neerja Sethi, two top corporate executives working in the US have also made it to the Top 60 Wealthiest Self Made American women, at the 18th and 21st positions. Ullal is the CEO of Arista Networks while Sethi is the President of Syntel.

But the criticism toward Kylie and the Forbes list may just be misguided. As some fans pointed out, if one wanted to pick flaws, they should scrutinize the media and television industry that places a high premium on physical appearance and normalizes airbrushed notions of rather than trash a 20-year-old girl who just happened to be on the right place ( i.e. Instagram) at the right time.