Discarded chewing gum is a major source of land pollution and garbage in the world as it is non-biodegradable. By Rakhi Bose , News18.co...

Discarded chewing gum is a major source of land pollution and garbage in the world as it is non-biodegradable. 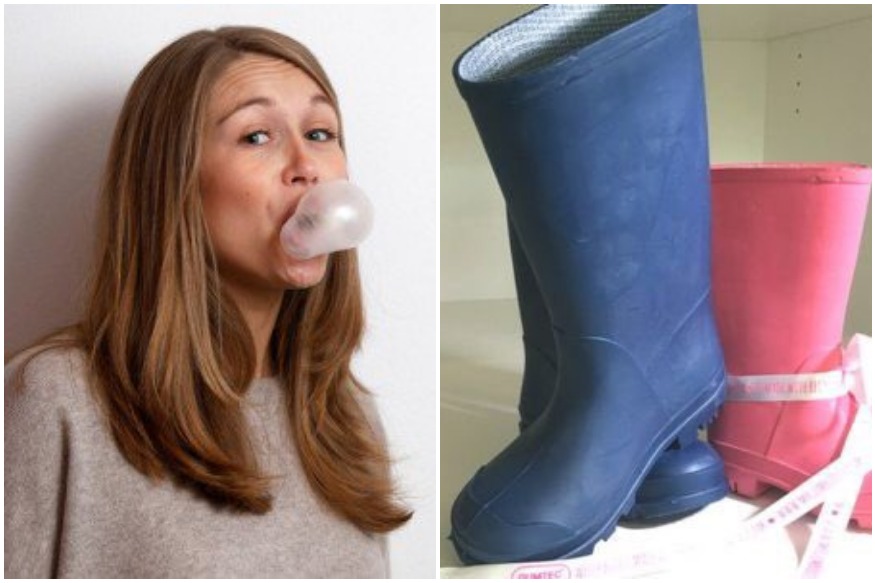 By Rakhi Bose, News18.com
Ever got that slipper unwittingly stuck to a chewed bubble gum while strolling on the sidewalk? Well, most people have. And it annoyed them so much that some people looked it up and found that discarded chewing gum was a major source of land pollution and garbage as it is non-biodegradable.

But now, an entrepreneur has taken it upon herself to turn all the bubble gum into usable rubber.
[post_ads]Anna Bullus runs a company called Gumdrop Ltd in the UK. The company specializes in recycling chewed up, discarded gum into rubber articles of everyday use. These include anything from pencils, erasers Frisbees, containers and combs to covered rain boots and designer shoes.

“I started the company to address the serious global problem of gum litter.” Bullus said in an interview to Mashable.

Chwing gum is a kind of synthetic rubber made from polyisobutylene or butyl rubber. This is the component that makes the gum blow in one’s mouth but is also non-biodegradable so it sticks forever to streets and other surfaces if not manually scraped off.

Bullus reportedly spent eight months inside a laboratory trying to convert sticky old gum to new, usable material. Her hard work bore fruit when after several tweaks and secret additions, she was able to create what she has named the ‘Bullus Recycled Gum Polymer’ (BRGP).
[post_ads_2]
She made BRGP bins, little pink orb-like containers, and hung them in specific places to collecting gum waste. This is one of theprimary ways that’s the company collects the raw material for its products.

Though it was not easy to affect behavioral change – people tend to just spit their gum out instead of throwing them in specific gum bins, or simply do not know that such a thing exists – Gumdrop has started to produce tiny, personal gumdrop bins that people can carry on the go and ensure that none of their gum waste ends up on streets.

While the problem of gum waste is severe in the UK, India which has this year placed fresh impetus on banning plastic, may stand to gain with such innovations.