By Ben Hooper, UPI A Virginia man discovered an uninvited snake inside the bowl of his toilet and the escaped serpent was later reuni... 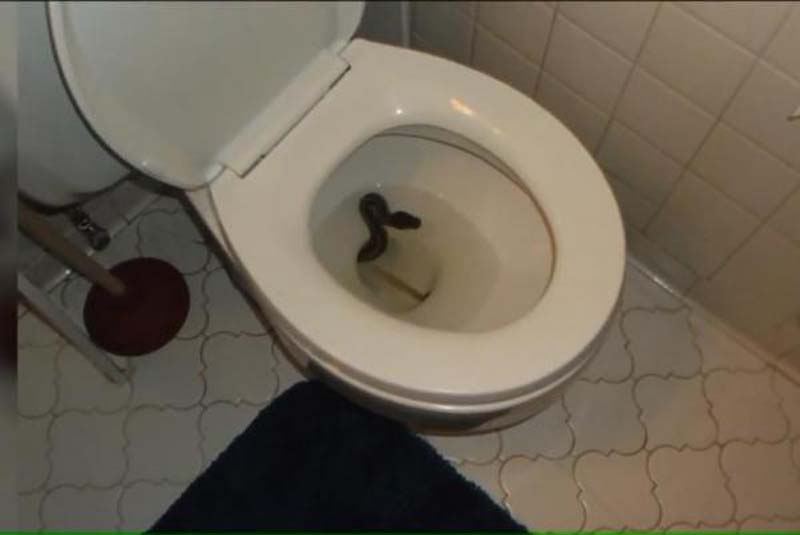 A Virginia man discovered an uninvited snake inside the bowl of his toilet and the escaped serpent was later reunited with its owner.

James Hooper said in a Facebook post that the he spotted the snake poking its head out of the toilet of his Virginia Beach home and he suspected it swam up through the pipes.

[post_ads]"When I saw the tongue of the snake, I was like, 'wow'," he said. "We've had snakes in the yard, but not in the toilet," Hooper told WTKR-TV.

Hooper and his roommate, Kenny Spruill, tied a noose at the end of a fishing pole and used it to move the snake to a bucket outside.

Virginia Beach Animal Control said the officer summoned by the roommates thought the call was a prank, but arrived to find a real snake.

"I don't recall ever having a call or hearing of one for a snake that was actually found in the toilet," Virginia Beach Animal Control Supervisor Rebecca Franklin said. "[It] is one of those things where you think, 'it can't actually happen,' but now it has."

The snake was identified as a domesticated ball python and was later reunited with its owner, who said the serpent had been missing for about two weeks before they saw Hooper's Facebook post.