By Daily News Staff As Pakistan gears up for general elections this month, a politician's "unique" way of campaigning for vote... 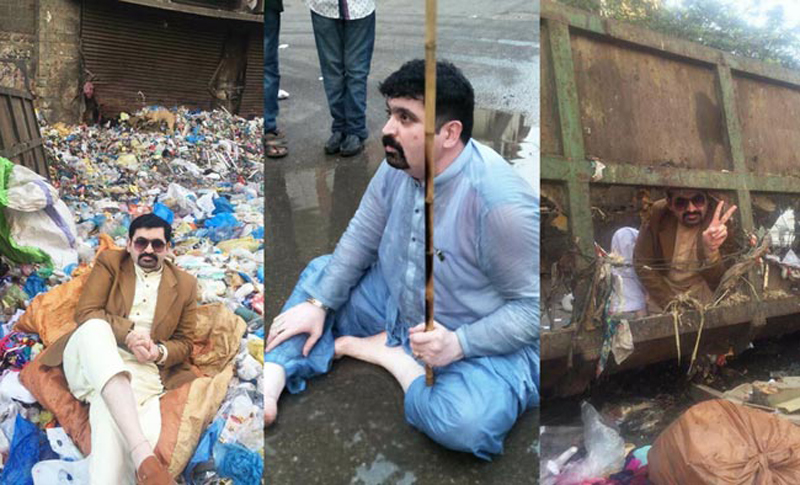 As Pakistan gears up for general elections this month, a politician's "unique" way of campaigning for votes has caught the Internet's attention. Ayaz Memon Motiwala, who, according to Dawn, is an independent candidate from Karachi, has grabbed eyeballs by sitting in garbage dumps and lying down in sewage water to ask for votes. The bizarre stunt was a way to draw attention to the unhygienic conditions and the faulty sewage systems of the city, he says.

In a Facebook Live video, Mr Motiwala can be seen drinking the sewage water he sat in as part of his strange campaign.

Meanwhile, photographs that show him sitting on a pile of garbage, lying down in sewage water and inside a pothole were shared by him on Facebook:


Since being shared on Thursday, the pictures have collected over 1,800 'likes' and hundreds of comments.

While some have labelled the stunt as a cry for attention, others have come out in Mr Motiwala's support.

But whether you love his campaign or hate it, there is no denying that Ayaz Memon Motiwala has managed to grab eyeballs before the elections, which are scheduled to be held on July 25.