By Wade Sheridan , UPI Two universities in Peru have set a new Guinness World Record for the largest causa, a traditional Peruvian dish that... 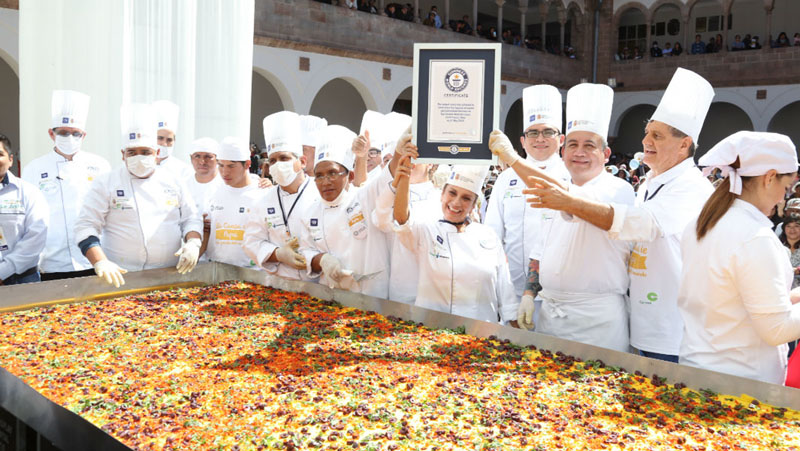 The schools, Universidad San Ignacio Loyola S.A. and Universidad Nacional de San Antonio Abad del Cusco, worked 12 hours together to complete the causa, which weighed in 590.65 kilograms or 1,302.16 pounds, beating the minimum by more than 100 kilograms.

The causa also contained carrots, peas, beans and was garnished with hopped pepper, slices of olives and parsley. The base featured a mixture of yellow potatoes and cornmeal.

The causa was served on a stainless steel tray that was five meters long and 1.5 meters wide. An event was held where attendees finished the food within hours.

"We are truly proud to have achieved this record for Cusco and for Peru. With this activity we seek to promote the consumption of Peruvian potatoes on all continents, a food rich in energy, with multiple nutritional properties and diverse uses," Raúl Diez Canseco Terry, founder and president of Universidad San Ignacio Loyola said in a statement.

The world’s largest Causa dish has been achieved in Peru > https://t.co/TCwPyXcHnW pic.twitter.com/qLBUBrBmMR