The U.S. government moved on Monday to block China Mobile from offering services to the U.S. telecommunications market, recommending its application be rejected because the government-owned firm posed national security risks.

[post_ads]The Federal Communications Commission (FCC) should deny China Mobile's 2011 application to offer telecommunication services between the United States and other countries, the National Telecommunications and Information Administration (NTIA) said in a statement posted on its website.

"After significant engagement with China Mobile, concerns about increased risks to U.S. law enforcement and national security interests were unable to be resolved," said the statement, which quoted David Redl, assistant secretary for communications and information at the U.S. Department of Commerce, which NTIA is part of.

China Mobile, the world's largest telecom carrier with 899 million subscribers, did not immediately respond to Reuters' request for comment.

The move by U.S. President Donald Trump's administration on China Mobile comes amid growing trade frictions between Washington and Beijing. The United States is set to impose tariffs on $34 billion worth of goods from China on July 6, which Beijing is expected to respond to with tariffs of its own.

And ZTE Corp, China's No. 2 telecommunications equipment maker, was forced to cease major operations in April after the U.S. slapped it with a supplier ban saying it broke an agreement to discipline executives who conspired to evade U.S. sanctions on Iran and North Korea. ZTE is in the process of getting the ban lifted and announced a new board last week.

China Mobile's shares fell 2.6 percent on Tuesday morning to their lowest in more than four years.

But Ramakrishna Maruvada, a Singapore-based analyst with Daiwa Securities, said the impact of the ruling on China Mobile's business is "very tiny" since it derives most of its income from the domestic market.
[post_ads_2]
"This doesn't move the needle," Maruvada said, adding the timing of the decision was to be viewed in the context of the U.S.-China trade frictions.

In its recommendation, the NTIA said that its assessment rested "in large part on China’s record of intelligence activities and economic espionage targeting the US, along with China Mobile’s size and technical and financial resources."

It said the company was "subject to exploitation, influence and control by the Chinese government" and that its application posed "substantial and unacceptable national security and law enforcement risks in the current national security environment".

U.S. senators and spy chiefs warned in February that China was trying, via means such as telecommunications firms, to gain access to sensitive U.S. technologies and intellectual properties. 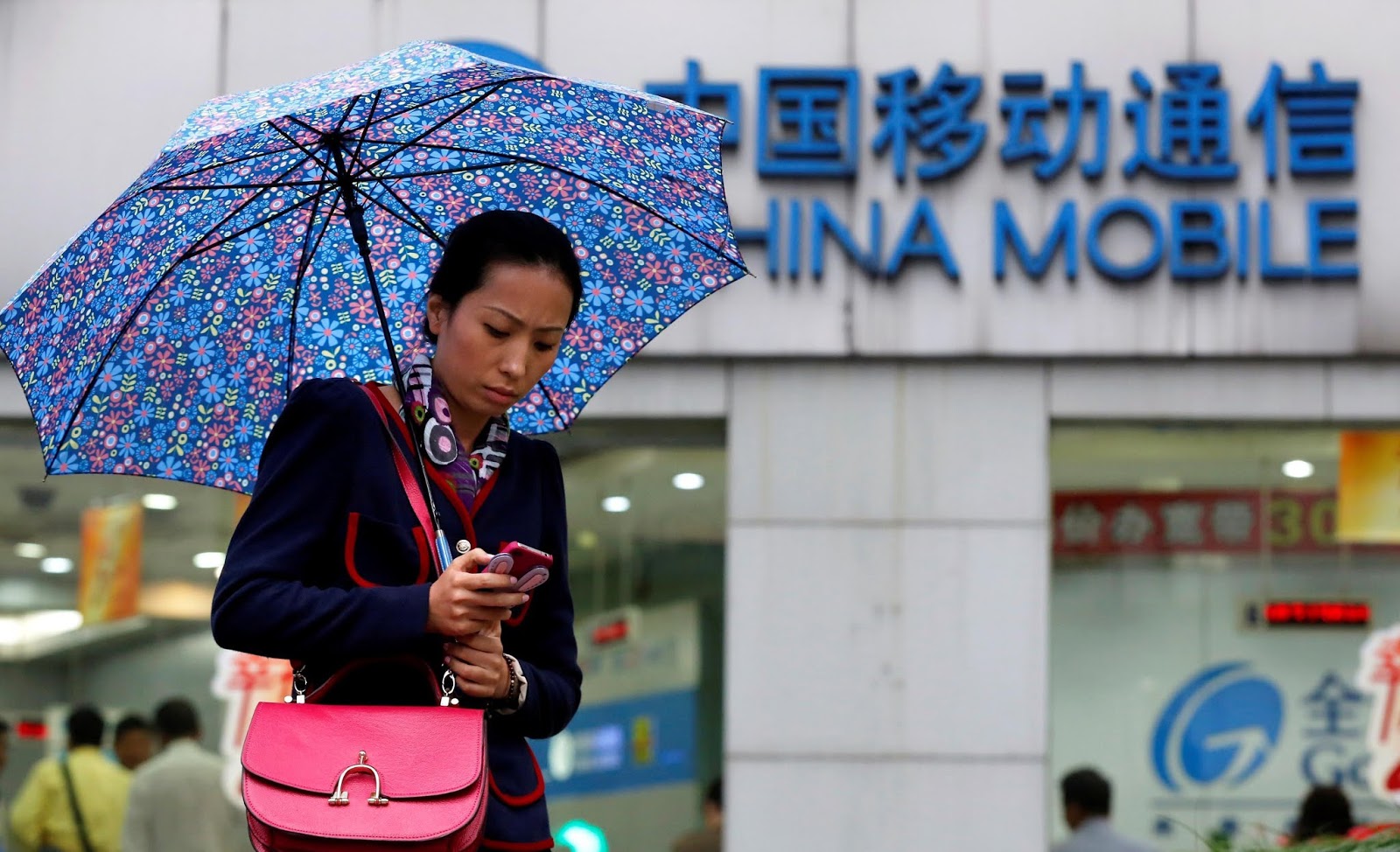