Think of This Man Before You Ignite Your Car Engine. He Rode a Bicycle From Delhi to Leh

Cut down your carbon footprint - take a riding example from this man. By Raka Mukherjee , news18.com Sometimes, it feels like Delhi...

Cut down your carbon footprint - take a riding example from this man. 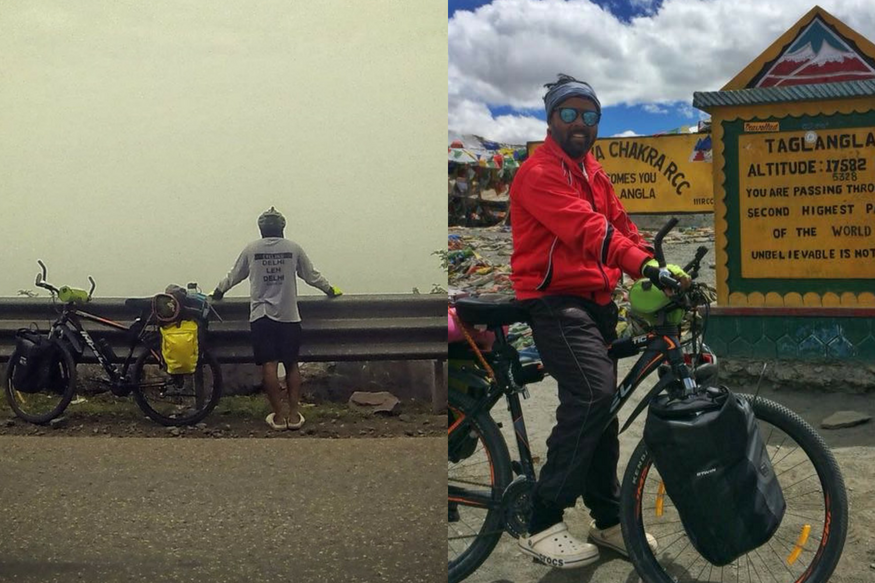 Sometimes, it feels like Delhi's air quality is something that deteriorates every time you check it. It is barely ever in the green area on the scale that shows up.

[post_ads]Fed up with the state of pollution, a man from Delhi embarked on a solo cycle trip from Delhi to Leh and then back to Delhi. This was his way to tell the country that a change is indeed possible.

Tarun Jha, who is a fashion and commercial photographer by profession, embarked on the 1,200km journey to prove that if he could climb mountains on an ordinary bike, then it shouldn't be a problem travelling short distances in Delhi on one - hence cutting down the addition to our carbon footprint. 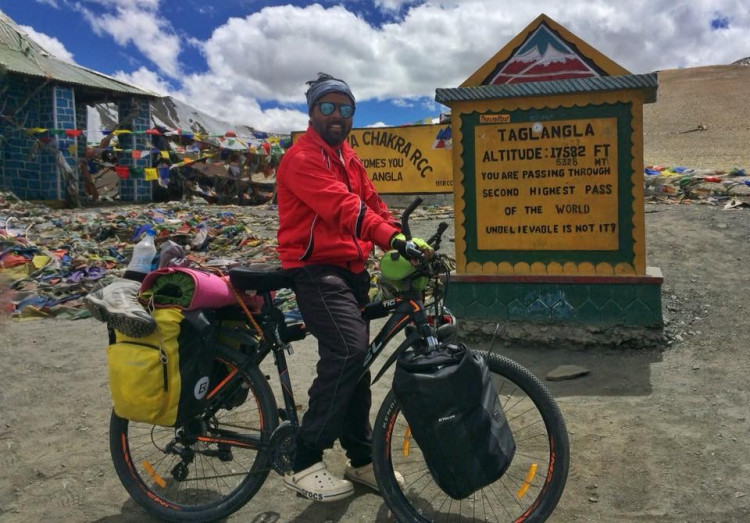 Having been a Delhi resident for over 15 years, Jha said that he has practically felt how the environmental conditions deteriorated. But when his wife faced complications during pregnancy which linked back to pollution, Jha felt he needed to act on it to change the condition.

Jha carried a total of 138 kgs including himself, his professional camera equipment and camping gear and even a stove-- all on his bike. He had picked up the bike for 15,000.

"If I used a professional bike, people would praise the machine, and it would divert us from the cause," he said. 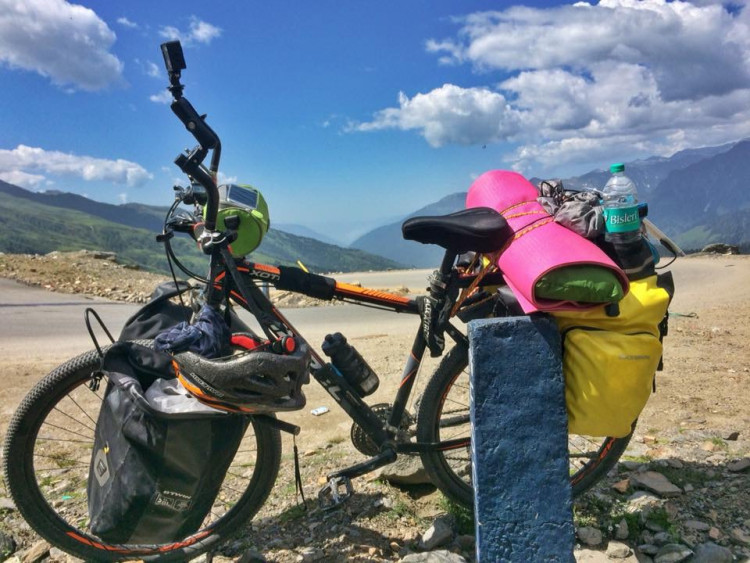 He said that his rationale for using the bike was to, in a way, show the people of Delhi that they don't need to rely on some high-end technology to accomplish any feat.
[post_ads_2]
His journey was an unplanned one. He didn't plan his stops out, and would often have to set up camp by the roadside when he couldn't find shelter to stay. He got through his trip mostly by using Google Maps.

And while his journey was unplanned, his mission wasn't. He made sure to stop at every civilization he crossed, to spread awareness about his cause and why he was making the trip.

One such person was another biker, who had a professional equipment for the journey. The biker captured Jha's journey through photographs, he is now trying to follow Jha's example. 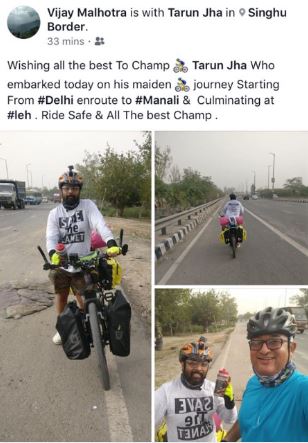 Jha met a lot of people at the Gurdwaras where he spent some nights, or tourists at the scenic spots of the Manali and Leh stretch. Jha also documented his journey on his YouTube channel.

The entire trip took him close to 20 days - and it set an example.

If this man could climb up steep mountain roads on an ordinary bike, how difficult is it to reduce our short distance travel on flat roads from cars to more environment-friendly methods?
[post_ads_2]