By Ben Hooper, UPI [post_ads]A Texas man who heard an unusual sound coming from his fireplace discovered a massive snake that apparent... 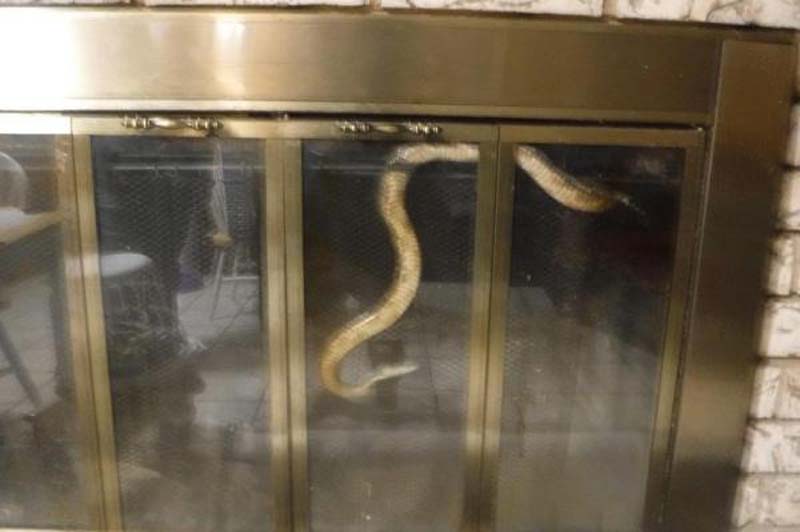 [post_ads]A Texas man who heard an unusual sound coming from his fireplace discovered a massive snake that apparently slithered down his chimney.

Gary David Antley said it was just after 2:30 a.m. when he heard a loud "clunk" sound coming from the fireplace of his Lufkin home and went to investigate.

Antley said he was expecting to see a bird, since they have made their way into his fireplace before, but he was shocked to discover a huge Texas rat snake.

Antley, who posted photos and videos of the snake to Facebook, said he had his daughter record as he grabbed the serpent with some barbecue tongs.

"I just gritted my teeth and I went for it, went in there and grabbed him by the neck," Antley told KETK-TV. "Well nothing too bad happened and then he got tangled up in the fire curtain."

The homeowner was able to pull the snake free. He said he took the snake, which he recognized as non-venomous, to a safe spot outside of town and released it.

"There's never a dull moment around our place and I think this proves it," Antley said.
[post_ads_2]