Yandi Villalonga Rojas and Karinna Martell, of Austin, Texas, didn’t know what they were going to do when Martell went into labor prematurely during their vacation to Greece in November 2015. But, thanks to Rojas’ supportive coworkers at Encompass Health — one of PEOPLE’s 2018 Companies That Care — he and his wife were able get home safely with their new little one.

Martell, now 30, was just 24 weeks pregnant when she and Rojas, 35, set off on their final vacation to Greece before becoming parents. But, just three days into their babymoon, Martell’s water broke and she was rushed to an emergency room in Athens.

“We were very scared. We were far away and didn’t have any friends or family,” Rojas tells PEOPLE. “I was nervous. I was happy that we were gonna have the baby, but we didn’t know how she’d be delivered or how healthy she was gonna be. My whole world became very stressful.”

[post_ads]Doctors in Greece were able to hold off delivery for about two weeks, and Mia Ariadne Villalonga was born in critical condition at just 26 weeks on Dec. 9, 2015. The baby remained hospitalized for 95 days and, unable to work, Rojas and Martell quickly depleted all of their savings.

“The first month was very scary and stressful… We were crying and very depressed and sad,” Rojas tells PEOPLE. “But as the baby was gaining weight and she was growing, we started having more positive feedback from the doctors. We started feeling better and better.”

But Rojas and Martell weren’t on their own. During the ordeal, Rojas contacted his employers at Encompass Health — a Birmingham, Alabama, facility and home healthcare service provider — and explained the situation. Molly Thomas, director of Encompass Health’s Bastrop, Texas, branch, assured Rojas that the company would do all it could to help.

So, Thomas and Rojas turned to the Encompass Cares Foundation, an organization that supports employees through “unexpected tragedies.” From the foundation, Rojas and Martell received about $7,000 to support themselves during their time in Greece.

“We reassured Yandi that his job would be waiting for him no matter how long it took,” Thomas tells PEOPLE. “We did a garage sale and raised money that way. Different offices brought money to us and we tried to help where we could.”

The coworkers raised $450 in the garage sale.

The family remained in Greece for six months as both Martell and the child’s health improved. The couple covered expenses using the foundation’s grant, money from family and friends, and donations from an online fundraiser. Then, in May 2016, they were finally able to return home.

“When we got to the airport in Houston, our family was there with signs. We were so happy to be there and we actually felt sad to leave Greece because we’d lived there for six months,” Rojas tells PEOPLE. “We were relieved. We were happy because we were with our family and friends and starting life again, our normal lives.”

After the family’s return, Rojas’ coworkers threw a baby shower for the new parents, providing them with everything they’d need for the baby.
[post_ads_2]
“They were very supportive. They did a beautiful baby shower. It’s incredible,” Rojas says. “When we got home we had all these presents from the coworkers. Everything we needed for the baby — diapers and clothes and toys. It was very beautiful. What was a scary experience at first is now probably the best experience of my life.”

But, Thomas notes, such dedication is what Encompass Health is all about.

“One of the things that Encompass is based on is a Christian faith and caring about others,” Thomas tells PEOPLE. “That’s something that’s [in the] DNA of Encompass from the very top leadership positions and it’s brought down to the individual branch level. We carry one another’s burdens. We try to lift each other up in times of need.” 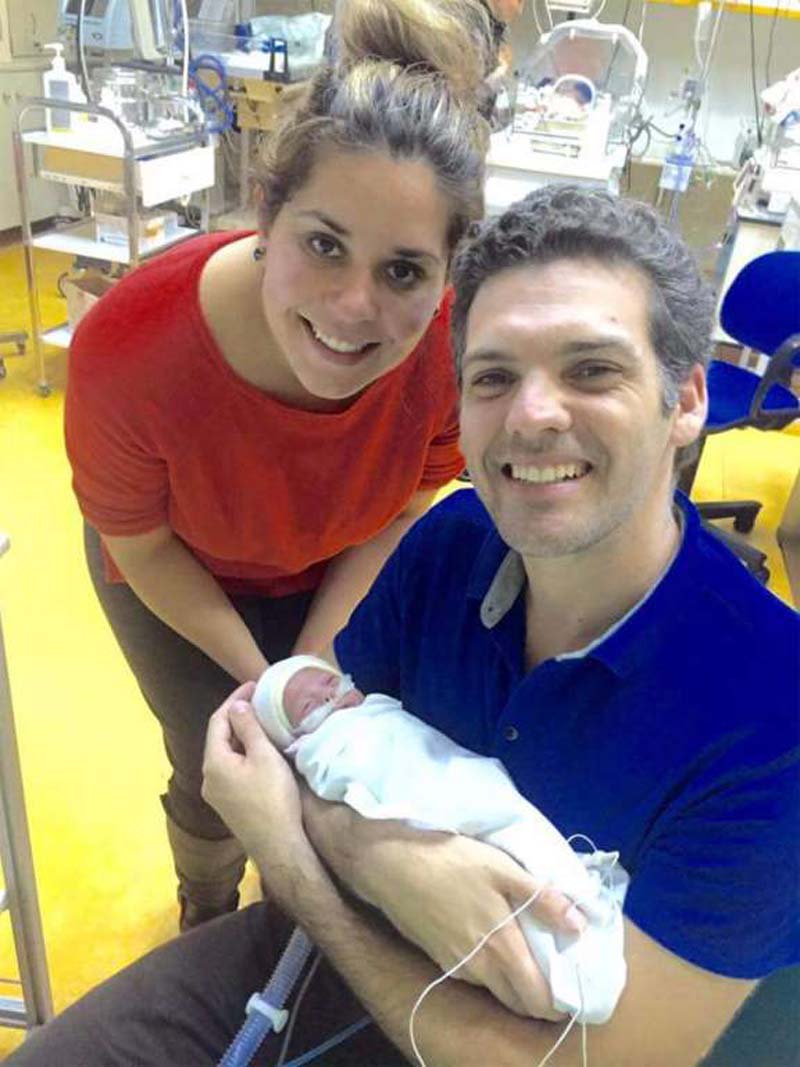