CBS Denver
ENGLEWOOD, Colo.
Students and staff at St. Mary’s Academy are celebrating mathematics after one entire class received a score of five on their AP Calculus exam. Making the celebration even larger, this was Iswari Natarajan’s fourth consecutive class to all receive fives.

“We had created a buzz for math here. That, hey, math is fun,” Natarajan told CBS4’s Dillon Thomas.

However, some said they had some nerves with possible expectations of the trend.

[post_ads]“We were certainly aware of it,” said Mariah Horvath, one of the students.

Natarajan said she was proud of her previous students, but wanted to avoid setting expectations on future classes.

“We are here to learn calculus, and having fun along the way was most important,” Natarajan said.

Natarajan said she focused on establishing relationships with the students, and encouraging them to push their academic limits.

“It is about building confidence,” Natarajan said.

“She gave us the problems at a level that was much harder than they are supposed to be, and she didn’t tell us,” said Audrey State, a student.

“Either we all did really well or we all missed the point completely,” State said.

For nearly two months, the teenagers had to wait for their test scores to be returned.

They graduated and prepared for their next move to universities. In July, Natarajan anxiously checked the scores on their release date.

“When the scores came out, I did a double take to see every student got a five,” Natarajan said.

For her fourth year in a row, every student in Natarajan’s class received the highest score possible. She called students to let them know of their accomplishment.

“I screamed. I cried. And, I didn’t believe it,” said Anna Jonsen, a student.

Though Natarajan could not be with the students to assist them during the test, students CBS4 spoke with still credited her with their accomplishment.

“She got us there. She really helped us,” Jonsen said.
[post_ads_2]
“For the student to be dedicated to the subject, and be able to excel in it, the teacher has to really love what they are teaching,” State said.

Before the scores were released for the 2018 tests, Natarajan was hired as the academy’s new principal.

“(Natarajan’s ability to teach) is more than impressive, it is stunning,” said Bill Barrett, Academy President. “Spending time with Iswari, (the scores) don’t surprise me. She is inspiring, she is a role model to our students.”

Though she will serve as principal, Natarajan agreed to continue teaching calculus for the time being.

She hoped incoming students would realize they were capable of more than they imagined, so long as they are confident in their selves, and their educators.

“Anything is possible; you just have to keep at it. I am here to support them,” Natarajan said. 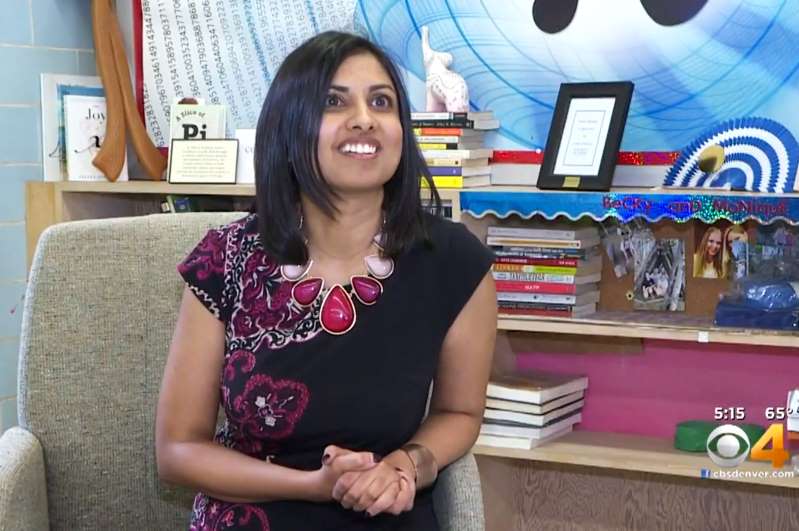