She was homeless and in high school. Through this program, she got a major boost

Children, especially vulnerable and at-risk students, need strong relationships and guidance. Unfortunately, this sort of assistance is often unavailable to children who need it most. This is where Communities in Schools steps in.

Communities in Schools, a non-profit organization dedicated to keeping children in school, partners with Title 1 schools throughout the country. It has been a Miami-Dade Schools partner for the past 27 years.

[post_ads]The program strives to remove any barriers that students might face, CIS Miami CEO Elyssa Linares said. This way, they can focus on their education.

CIS Miami provides three key programs: Bridges to Graduation, a case management program that connects students who are at-risk of dropping out with CIS coordinators at their schools; a literacy program, in which 38 Americorps members volunteer as reading tutors in elementary schools; and an after-school program that provides kids with a safe place to go and offers art, tutoring and academic assistance.

"Everything we do is based off the school and student's needs," Linares said. "Every school is different; every student is different."

CIS aims to look holistically at what a child's needs are. "We have to help them navigate through some of these adult-sized issues and barriers they are facing," Linares said.

Among the success stories brought about by CIS, one stands out. Anita Dickson, 18, was homeless throughout her years at Homestead Senior High.

"My 13th birthday was the first time we got evicted," Dickson said. "We had to move around from hotel rooms to people's houses to shelters. There was never a stable place."

One of the other girls at the shelter was involved with CIS and encouraged her to join. Dickson met the CIS sponsor at Homestead Senior High, Chaliz Demuth, who finally provided her with the support she needed.

"She really helped me get involved and doing things outside of the homeless shelter," Dickson said.

Demuth also helped Dickson secure steadier employment. Dickson had been working at a packing house where she had long hours. She often had to work until 2 a.m. only to get up early for school the next day. CIS helped her get a job at Dairy Queen, where she was given more manageable hours.
[post_ads_2]
"The job is much better, and I love the people there," Dickson said. "I like it a lot more."

Dickson graduated from Homestead Senior High on June 4. She will be attending Miami Dade College in the fall. She plans to study business in order to go into real estate, focusing on the needs of homeless people. 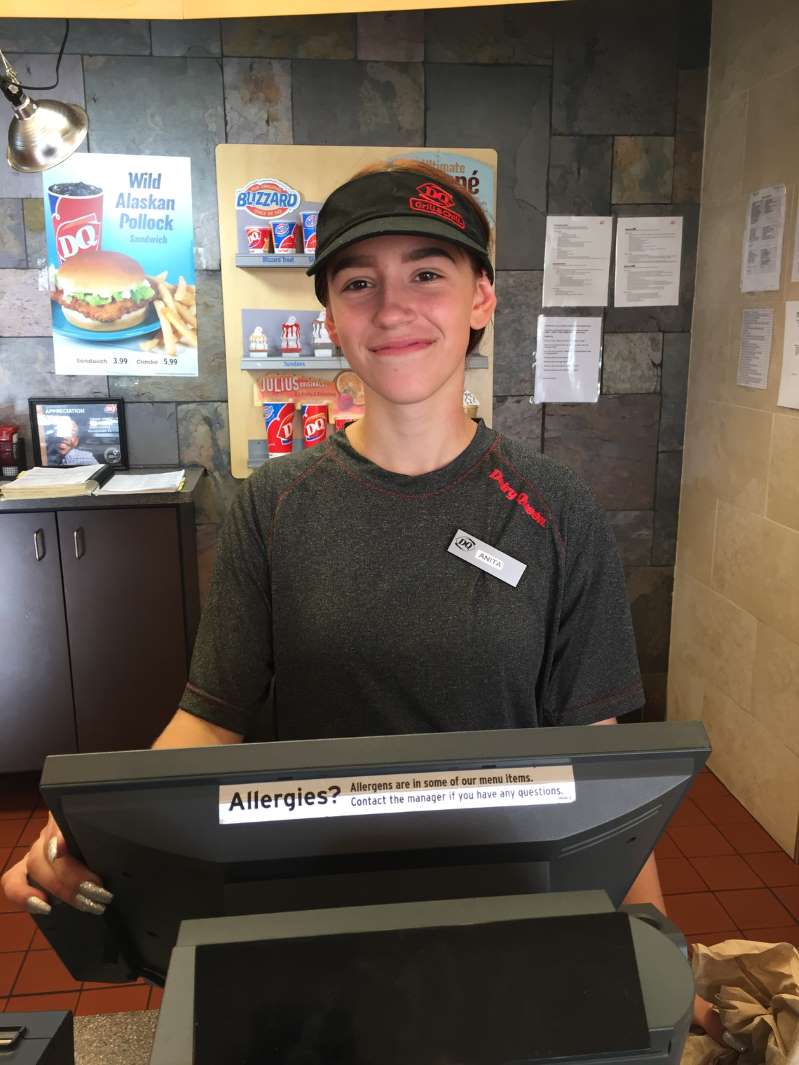