© Randy Jones KOCO Oklahoma City A photo that shows an Oklahoma boy holding up a stop sign that had been knocked down is going...

KOCO Oklahoma City
A photo that shows an Oklahoma boy holding up a stop sign that had been knocked down is going viral and warming hearts across the state.

[post_ads]Randy Jones posted the photo Thursday night on Facebook. He said he was marking some warning signs for the new turnpike construction near Southwest 29th Street and Sara Road, when he saw Logan Duncan holding up a stop sign.

“Logan said he was driving on Southwest 29th when he noticed the stop sign had been ran over and he almost witnessed a bad accident. So on his lunch break he decided to hold up the stop sign for quite some time so there wouldn’t be another possible bad accident,” Jones wrote in the Facebook post.

Jones said he contacted Oklahoma City crews and they have repaired the stop sign.

“He was standing out in 95-degree weather with no water and did it for free,” Jones said.

The photo has since been shared more than 1,600 times on Facebook. 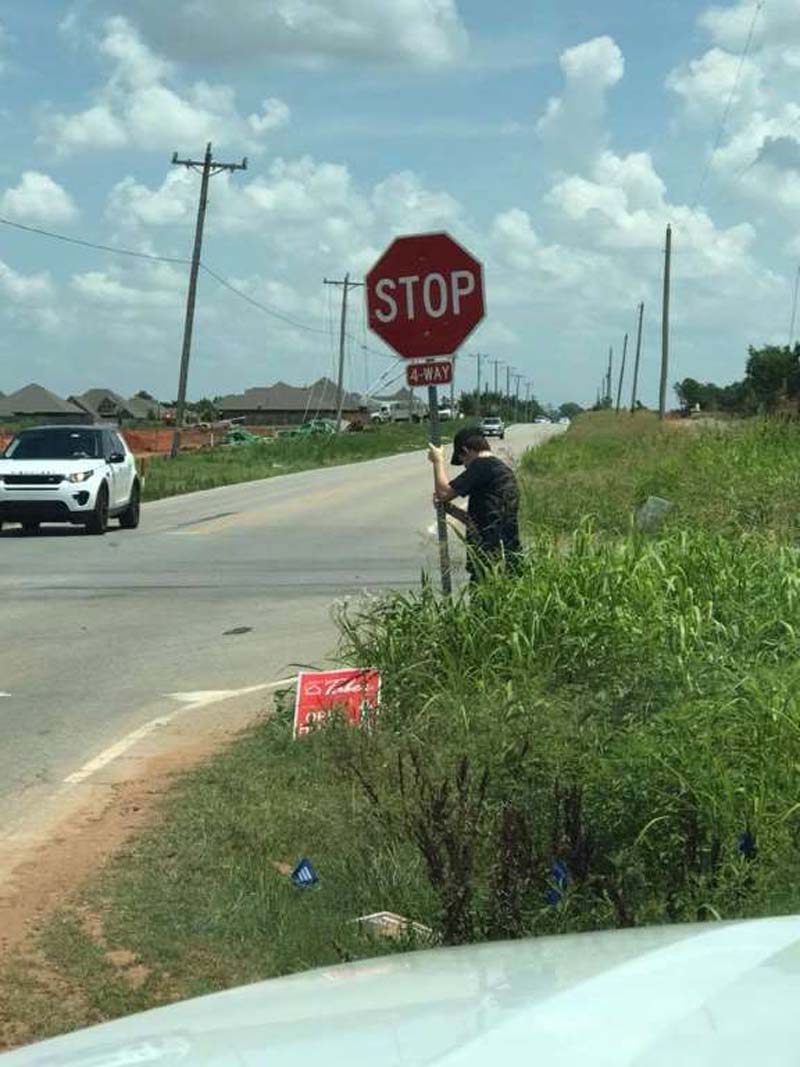