By Ben Hooper , UPI A Pennsylvania woman recording a large turtle she spotted in her back yard made an even more surprising discovery -... 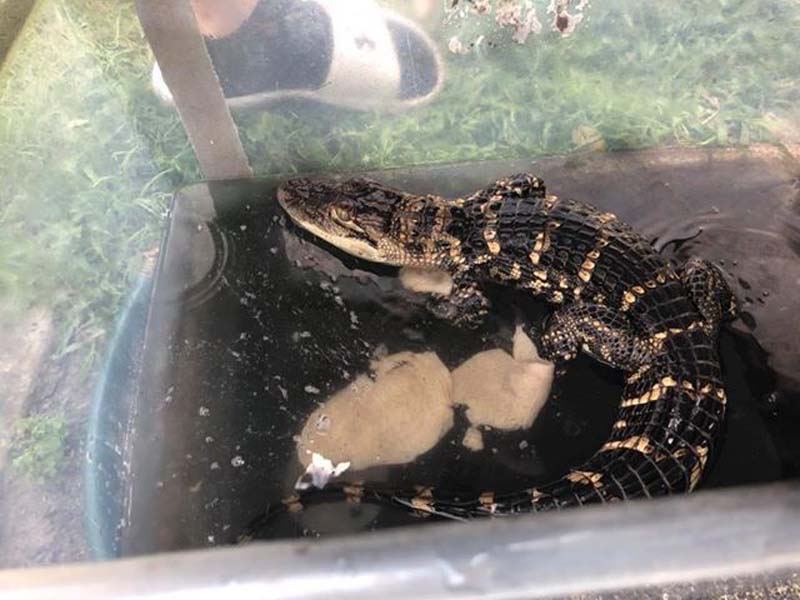 A Pennsylvania woman recording a large turtle she spotted in her back yard made an even more surprising discovery -- an alligator.

Tracie Hoffecker's video shows a turtle she spotted in the creek behind her Prospect Park, Delaware County, home when she notices the alligator nearby.

[post_ads]"Never in a million years did I think I would find that this morning!" Hoffecker told WPVI-TV. "I immediately called my cousin."

Her cousin, firefighter Shaun Swayngim, came to look at the scene and called in backup from the police and some fellow firefighters.

Swayngim waded out into the creek and captured the 2-to-3-foot gator in a net.

Police said the reptile was likely an illegal pet that was abandoned as it grew too large to be kept.

"That creature can't live here all year. As soon as it gets cold, it's going to die. That's horrible. It's an animal that deserves to live," Hoffecker told WTXF-TV.

Hoffecker contacted Reptile Rescue, which took custody of the animal while searching out a permanent home for it.