By Ben Hooper, UPI A pair of Ohio train hoppers who came to regret their decision when the high-speed train carried them more than 60 ... 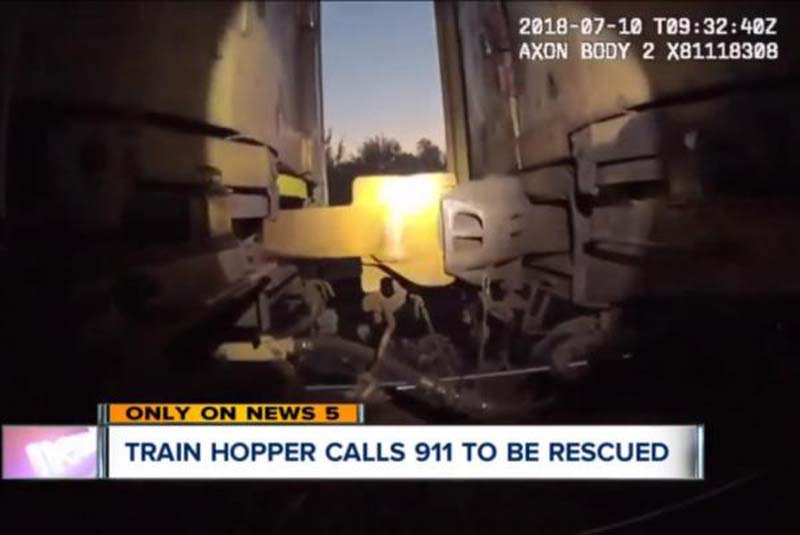 A pair of Ohio train hoppers who came to regret their decision when the high-speed train carried them more than 60 miles ended up calling 911 for help.

[post_ads]Wayne County Sheriff's Office Capt. Doug Hunter said Christian Hale, 20, and Kevin Slone, 24, hopped a moving train near Willard about 4 a.m. Tuesday and called 911 about 60 miles later when the train failed to slow enough for them to jump off.

Hunter said Hale spoke to the 911 dispatcher and told them he and Slone had just been looking for a free ride.

"The fact the person was able to call 911 while he's hanging onto the side of a train in and of itself is very, very unusual," Hunter told WEWS-TV.

Hale and Slone hopped off the train and fled on foot, but deputies located them nearby and arrested them on trespassing charges.

"I thought it was going to stop in Willard and it didn't, and I should have never got on the train," Hale allegedly told a deputy. "I know it was a stupid idea and I never should have did it. I wasn't going to and I never will again."

A different sort of train surfing was caught on camera earlier this week when a New York subway passenger was filmed riding on the outside of a train car's doors. Police said the incident is under investigation.