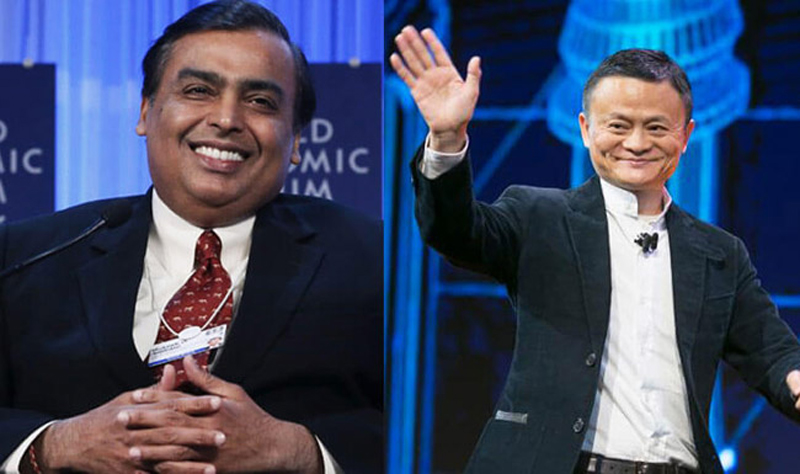 Ambani was estimated to be worth $44.3 billion with shares of Reliance Industries Ltd rising 1.6 per cent to a record `1,099.8, according to Bloomberg Billionaires Index. Ma's wealth stood a notch below at $44 billion at the close of trade on Thursday.

[post_ads]In fact, Reliance also regained its spot in the $100-billion club after more than a decade early this week. The move came after the company's annual shareholders' meeting last week, where Ambani unveiled plans to more than double by 2025 the size of the company his father founded.

The second-generation Ambani added a neat $4 billion to his fortune so far this year as Reliance doubled its petrochemicals capacity and investors cheered the success of his disruptive telecom venture Reliance Jio Infocomm Ltd. On the other hand, Alibaba Group Holding Ltd's Ma has lost $1.4 billion so far in 2018.

Last week, two years after he announced his disruptive telecom foray, Ambani unveiled plans to leverage his 215 million Jio subscribers to expand his e-commerce offerings, taking on the likes of Amazon.com and Walmart, besides unleashing an internet and cable offering that could maul existing players like Hathway and Dish TV.
[post_ads_2] 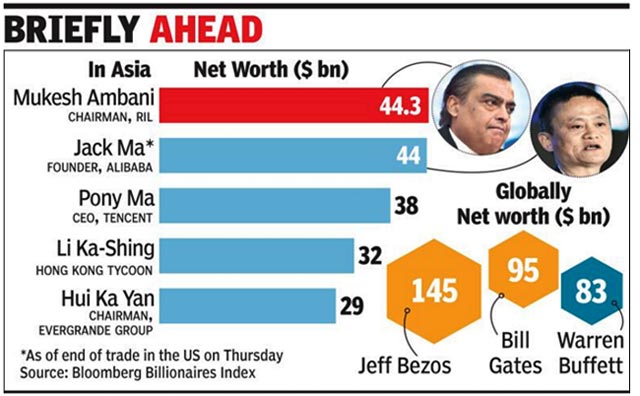 Ambani, best known for executing large-scale projects and spearheading construction of the world's largest refining complex in Jamnagar, owns the most-widespread mobile data network globally and claims to have India's biggest as well as most profitable retail firm.